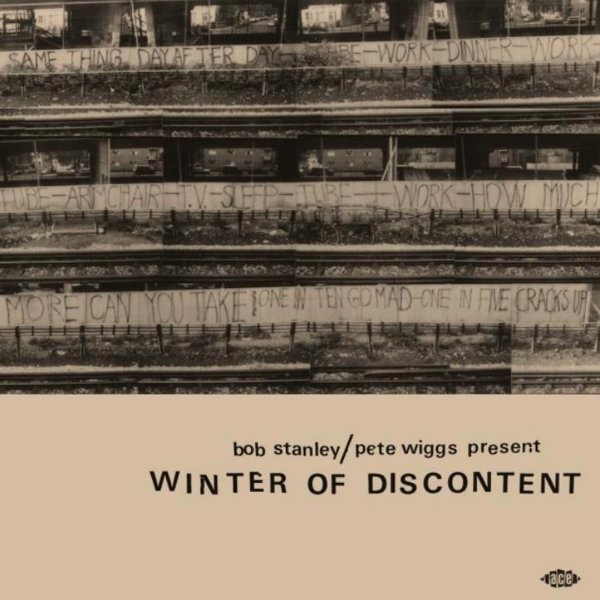 Also available
Various — Winter Of Discontent – Presented By Bob Stanley & Pete Wiggs ... LP 29.99
A stunning selection of tracks from a moment when things really got interesting on the UK scene – when the straighter guitar lines of early punk gave way to more unfamiliar instrumentation, unusual production, and offbeat rhythms – yet almost always with a really raw, stripped-down feel – thanks to the indie placement of most of these cuts! Some of the material is work that would later become known as post-punk, and referenced as a huge influence on later groups – but as with most Bob Stanley/Pete Wiggs collections, there's something here that goes way past the ordinary – as the set list is filled with all these great twists and turns, and some wonderful surprises that come from cuts that were issued on some of the much smaller labels of the period, compared to bigger indies like Rough Trade or Fast Product. The music's got a raw, experimental edge throughout – and Stanley and Wiggs provide plenty of illuminating notes – to support this package of 24 tracks that includes "Somebody" by Frankie's Crew, "Small Hours" by Karl's Empty Body, "Work" by Blue Orchids, "Violence Grows" by Fatal Microbes, "Where Were You" by The Mekons, "The Terraplane Fixation" by Animals & Men, "Bored Housewives" by Androids Of Mu, "Can't Cheat Karma" by Zounds, "No Forgetting" by Manchester Mekon, "Drink Problem" by Thin Yoghurts, "The Sideways Man" by The Digital Dinosaurs, "Different Story" by Tarzan, "Production Line" by The Door & The Window, and "The Window's Broken" by Human Cabbages.  © 1996-2023, Dusty Groove, Inc.