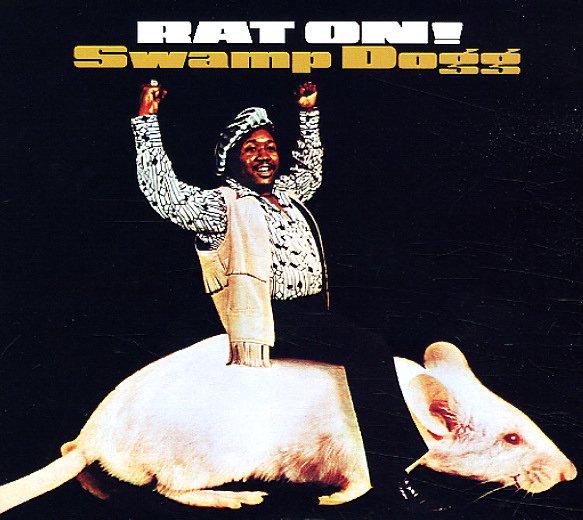 Swamp Dogg's on the cover, riding a giant rat out of the ghetto – an image that definitely hints at some of the politics on the record! The album's one of Swamp's key classics from the early 70s – recorded at a time when he was still super-sharp – and when the character was a great focus of all the indie soul energy that Jerry Williams had forged on the scene in the 60s! In fact, the record's so great, they made it twice – recorded once down at the TK studios in Miami, then scrapped – and re-recorded here at Muscle Shoals, with some wicked Quinvy touches that really hold the whole thing together. The Muscle Shoals approach works beautifully for the Swamp Dogg aesthetic – and really gives it the right sort of southern soul punch to send home the tunes – as you'll hear on "Creeping Away", "Predicament #2", "Do You Believe", "Got To Get A Message To You", "I Kissed Your Face", and "Do Our Thing Together".  © 1996-2023, Dusty Groove, Inc.