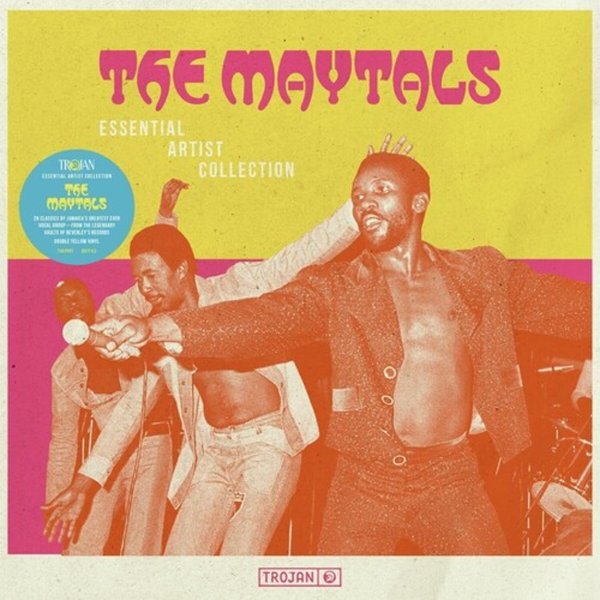 Also available
Maytals — Maytals – Essential Artist Collection (yellow vinyl pressing) ... LP 34.99
Definite essential work from The Maytals – the legendary group led by Toots Hibbert, and who really helped transform the sound of Jamaican music with recordings like this! There were certainly other soulful groups in their generation on the Kingston scene, but The Maytals really helped give rocksteady and early reggae the right sort of inspiration to reach a larger global audience – crucial work that's collected here in a well-done selection of recordings from their key earlier years with producer Leslie Kong – standard-setting music that still holds up fantastically over the years. 2CD version features 50 tracks in all – titles that include "Johnny Cool Man", "School Days", "Don't Trouble Trouble", "We Shall Overcome", "Monkey Man", "Do The Reggay", "54 46 Was My Number", "One Eye Enos", "Pressure Drop", "Peeping Tom", "She's My Scorcher", It's You", "Just Tell Me", "It Must Be True Love", "African Doctor", and "Watermelon".  © 1996-2023, Dusty Groove, Inc.

King Scratch – Musical Masterpieces From The Upsetter Ark-Ive
Trojan, Late 60s/1970s. New Copy 2CD
CD...$19.99 20.99 (LP...$33.99)
A mighty tribute to the genius of one of the greatest producers of all time – a figure who helped not only shape the sound of Jamaican music from the late 60s onwards, but also influence a fair bit of the rest of the world as well! The set's a well-chosen collection of material from a range ... CD

Hold On
Trojan/Brook (Germany), Late 60s. New Copy
CD...$3.99 14.99
A heady batch of classics from Toots & The Maytals – work from the rocksteady years that really helped set the tone for countless reggae work in years to come – and which also helped Jamaican music really reach out at a more global level – especially on the London scene, where ... CD