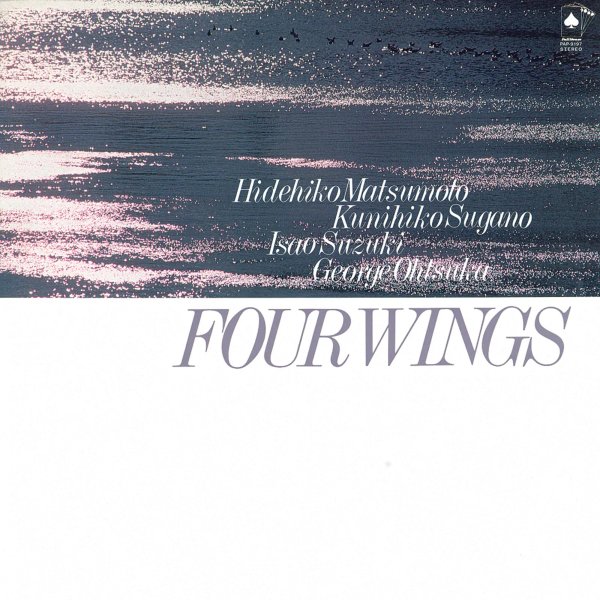 A definite all-star session from the Japanese scene – one that features the superb talents of Hidehiko Matsumoto on tenor and flute, and Kunihiko Sugano on piano – working alongside equally nice work from Isao Suzuki on bass and George Otsuka on drums! You might know Suzuki and Sugano from their 70s material on the Three Blind Mice label – but the approach here is maybe a bit more straightforward, yet equally sublime – really magical sounds from all players involved, at a level that really makes the whole thing one of the best albums that Matsumoto recorded at this end of the 70s. Titles include "Misty", "But Not For Me", "Four Wings", "Laura", and "Speak Low".  © 1996-2023, Dusty Groove, Inc.
(Part of the Nippon Jazz Spirits series!)