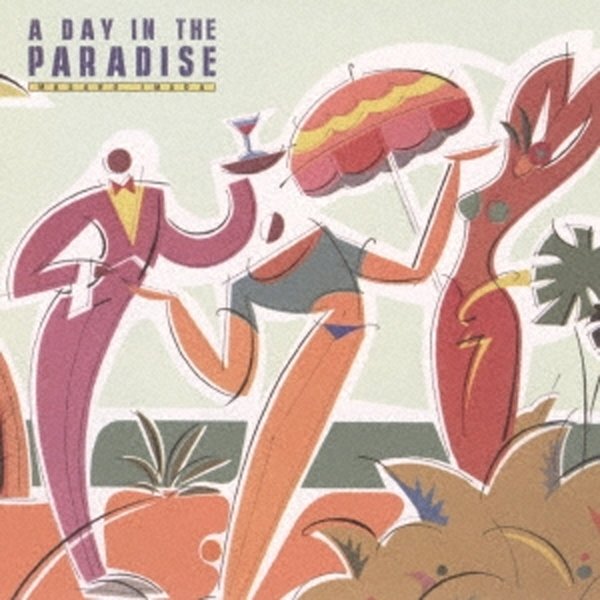 The cover here is slightly tropical-looking, and that's reflected a bit in the music – as the set expands from the more familiar trio modes of pianist Masaru Imada, to bring in help from a key batch of American musicians, both electric and acoustic! Imada handles a bit of Fender Rhodes next to the piano, and guitarist Kazumi Watanabe adds a bit of work to the record as well – in the company of a core trio that features Will Lee on electric bass and Steve Gadd on drums – topped with work from David Sanborn on alto and Randy Brecker on flugelhorn! The set's got some added percussion on most tracks too – and the approach isn't entirely fusion, but more of the jazz we know from Imada, warmed up a bit by the other group members. Titles include "Blue Sunset", "Samba Domingo", "Sky Sailing", "Mermaid Princess", "Water Wonderland", and "Love Lagoon".  © 1996-2023, Dusty Groove, Inc.
(Part of the Nippon Jazz Spirits series!)

Songs On My Mind (Japanese paper sleeve edition)
Full House/Ultra Vybe (Japan), 1982. New Copy
CD...$20.99 24.99
The cover's a bit sketchy, but the music is sharp and clear throughout – strong-handled work on piano from Japanese player Masaru Imada, given great support from the work of George Mraz on bass and Billy Hart on drums! The set's got a nice crisp vibe throughout – a bit more punch than ... CD

Valencia (Japanese paper sleeve edition)
Trio/Ultra Vybe (Japan), 1980. New Copy
CD...$20.99 24.99
Percussionist Masahiko Togashi works here with superb piano accompaniment from Takashi Kako – a player whose sense of touch and tone is as unique as Togashi's work on the drums! Kako brings these sounds out of the piano that are almost guitar-like at times – not strummed, but with an ... CD

Remember Of Love
Three Blind Mice/Craftman (Japan), 1978. New Copy
CD...$16.99 24.00
A beautiful little record – the sort of set that shows just how far Japanese pianists like Masaru Imada were moving past familiar trio modes in the 70s! There's this open sort of flow that comes across right away – certainly some of the sentiment hinted at by the title, but also some ... CD