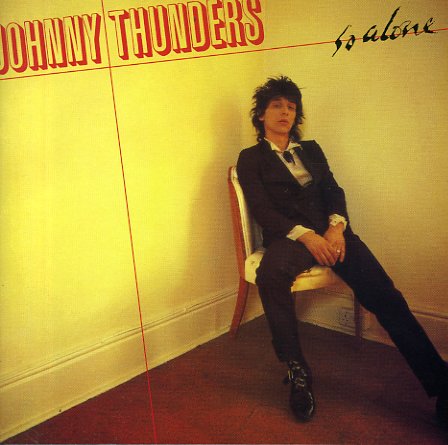 A still-searing moment of genius from Johnny Thunders – a record that captures the New York giant at a time when he still retained all the best intensity he brought to his work in the New York Dolls and Heartbreakers – yet at a level where he's also almost ready to burst out as a bigger solo act on his own! As has been well-documented elsewhere, Thunders habits always managed to get in the way of his path to success – but here, he's definitely moving forward with a nice sense of focus – heading up the set himself, but opening the door to a whole host of well-chosen guests – including Phil Lynott, Chrissie Hynde, Steve Jones, and Paul Cook. The set begins with a surprising take on "Pipeline" – then rolls into tracks that include "Great Big Kiss", "Ask Me No Questions", "Subway Train", "Downtown", "London Boys", and "Daddy Rollin Stone".  © 1996-2023, Dusty Groove, Inc.

Power Corruption & Lies (180 gram pressing)
Factory/Rhino (UK), 1983. New Copy
LP...$43.99 46.99
Arguably the most perfect record ever from New Order – a stunning second full length set that has the group emerging from the turgid depths of the early post-Ian Curtis years, and before the schmaltzy pop of the John Hughes generation! The electronics are wonderful – definitely a few ... LP, Vinyl record album

Nuggets – Original Artyfacts From The First Psychedelic Era 1965 to 1968
Rhino, Late 60s. New Copy 2LP Gatefold (reissue)
LP...$29.99 33.99
One of those few classic cases where a compilation of tracks was maybe even more influential than the original music itself – as this early 70s collection of 60s material turned out to shape and influence generations for decades to come! Guitar genius Lenny Kaye put the set together famously ... LP, Vinyl record album