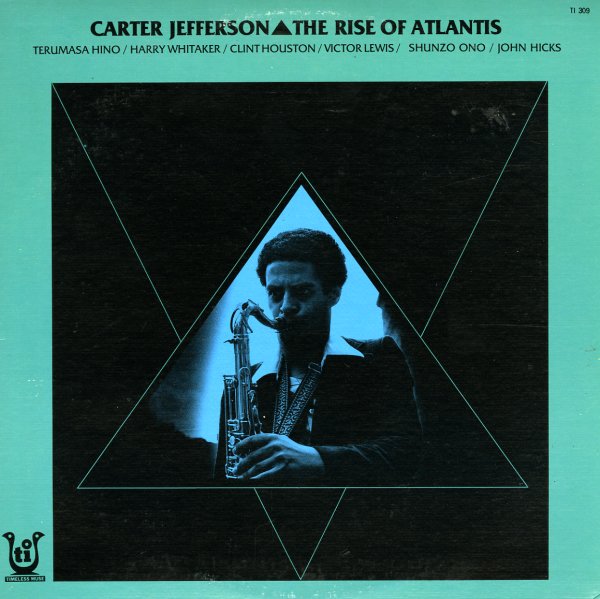 A bold statement by one of the best underground jazz players of the 70s! Carter Jefferson cut his chops with Art Blakey in the years after Blakey had Billy Harper in the group – and seemed to follow Harper into some of the same highly spiritual, soulful territory at the time! Jefferson's a bit more inside, but equally searching in his style – and this key album as a leader is quite possibly one of the best-ever demonstrations of his talents. Carter's recorded here on tenor and soprano sax, in two different groups – one with Terumasa Hino on trumpet, and one with Shunzo Ono on trumpet – with a great lineup that includes Harry Whitaker on piano, Clint Houston on bass, and Victor Lewis on drums! Lani Groves sings on one track – and titles include "Why", "Rise Of Atlantis", "Blues For Wood", and "Changing Trains".  © 1996-2023, Dusty Groove, Inc.
(Individually numbered limited edition of 1000 – on heavyweight translucent green vinyl!)