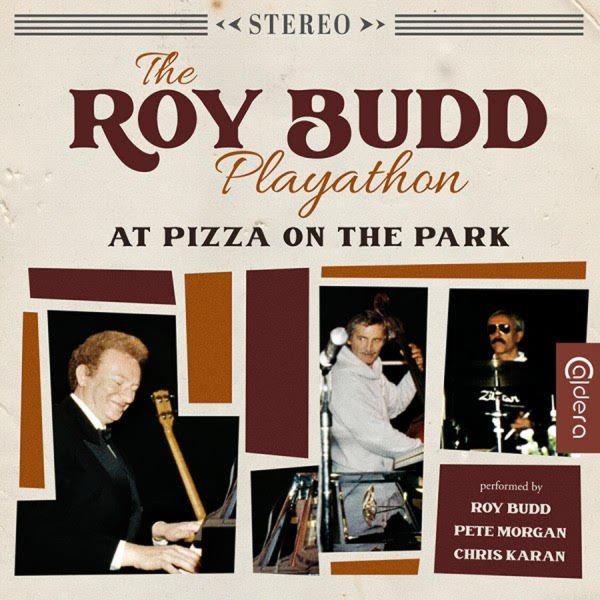 Roy Budd Playathon At Pizza On The Park

A late live moment of brilliance from Roy Budd – the British pianist who first cut some great jazz records in the 60s, then went on to create some sublime soundtracks in the 70s – working here in a trio setting that brings together the best of both worlds, and adds in some surprising bossa nova touches too! All tracks are nice and long, performed with piano from Budd, drums from Chris Karan, and bass from Pete Morgan – the latter of whom also sings a bit – in a set that's also got a very unusual approach, in that it's part of a 24 hour "playathon" to raise awareness on issues of drug abuse – a performance that also features some surprising guest appearances from Jeremy Irons and Henry Mancini. But obviously, the best bits are the instrumental ones – as Budd makes it through an 18 minute "Michel Legrand Suite", a 10 minute blend of "Anoiteceu/Berimbau", a 14 minute take on "Upa Neguinho/Aguas De Marco/Opao/Corcovado", and some other nice surprises too.  © 1996-2023, Dusty Groove, Inc.