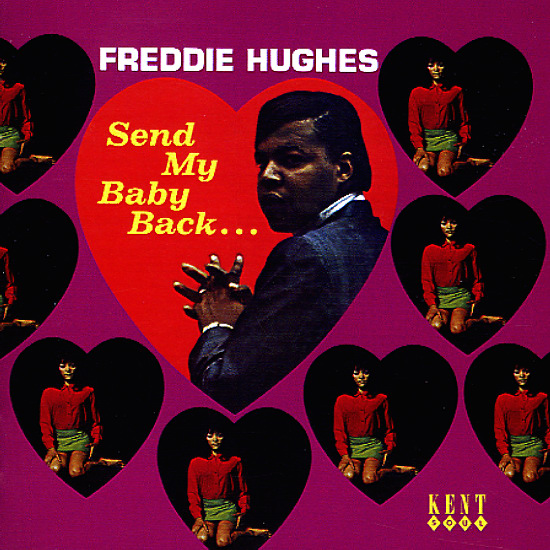 Send My Baby Back (with bonus tracks)

Fantastic! This is the kind of soul that we still collect vinyl for! Freddie Hughes is one of the great lost voices of the 60s, and this sparkling album of soulful tunes is a real gem! He's not the same singer as the Freddie Hughes from Chicago – and he hailed from San Francisco, a very unlikely source for such great soul music. The session was recorded with Lonnie Hewitt (Cal Tjader's funky piano player) in SF – but it's got that perfect New York Wand/Scepter "deep soul meets uptown" sound. The tracks are mostly written by Hughes or Hewitt – and they are all pretty amazing, filled with hooks that just don't quit, and some heartbreaking verses that match the work of writers like Curtis Mayfield or Garland Green. Titles include "Send My Baby Back", "He's No Good", "Tonight I'm Gonna See My Baby", and "I Gotta Keep My Bluff In". CD features bonus tracks – single versions of "I Just Found Out", "Will You Be Here", and "I've Got My Own Mind".  © 1996-2023, Dusty Groove, Inc.

Goin' For Myself
Sussex/Octave (Japan), 1972. New Copy
CD...$19.99 24.99 (LP...$11.99)
Nobody handled a fuzz guitar better than Dennis Coffey back in the early 70s – and this album's one of his masterpieces of funky instrumental work for the Sussex label – cuts that show just how much command Coffey had of the electric strings after a number of years working in both the ... CD