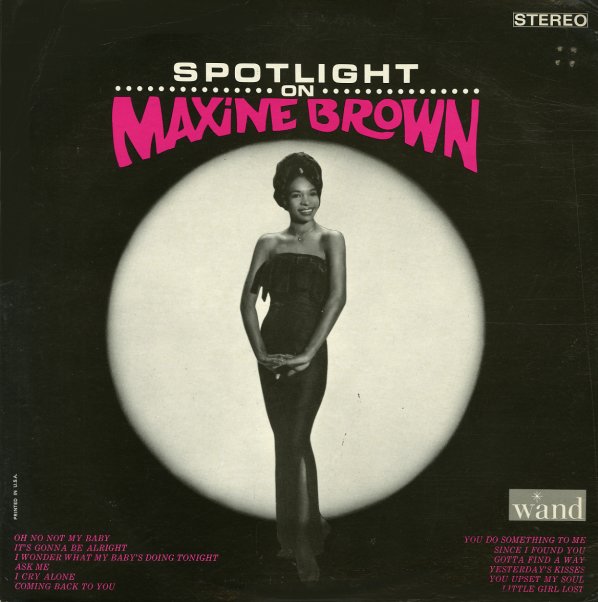 Beautiful material by one of our favorite soul vocalists of all-time – a hell of a singer in the 60s, but one who's never gotten her full due as the years went on – able to be heartbreaking and strong at the same time, with a quality that's still amazing all these many years later! Maxine Brown has a voice that's deep, but mature – wonderfully well-suited to the uptown soul production of her label Wand Records – poised with a sense of richness and class that foreshadows so much other soul work to come! The set brings together some of her best singles and some equally great album material that's a lot more obscure – and titles include her amazing song "Oh No Not My Baby", plus "I Cry Alone", "Gotta Find A Way", "You Upset My Soul", "Yesterday's Kisses", "Since I Found You", and "It's Gonna Be Alright". CD features lots of bonus tracks – 11 more cuts that include "One Step At A Time", "If You Gotta Make A Fool Of Somebody", "One In A Million", "We Can Work It Out", "The Secret Of Lovin", and "You're In Love".  © 1996-2023, Dusty Groove, Inc.

Maxine Brown – Best Of The Wand Years
Wand/Kent (UK), 1960s. New Copy
CD...$9.99 18.99
Maxine Brown on Wand Records is really something amazing – not just because she began her recording career at the label, but also because she never again hit the heights of these recordings! Brown was a really important singer with these sides – still partly in the class and poise of ... CD