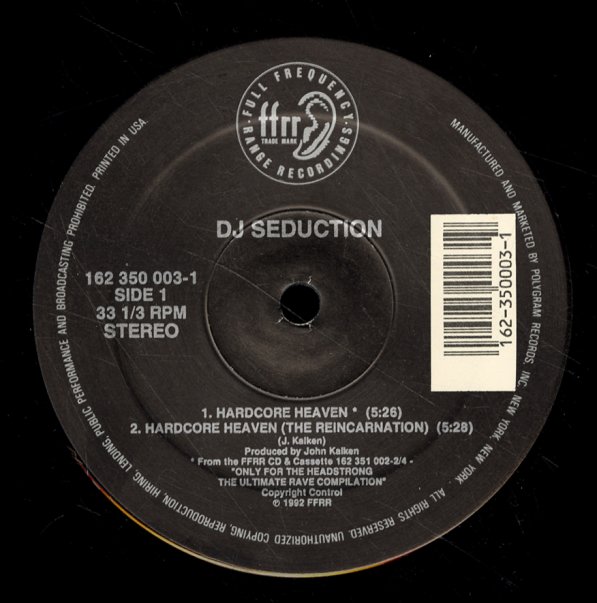 (In a FFRR sleeve, with some wear, bent corner, and a small sticker with BPMs.)