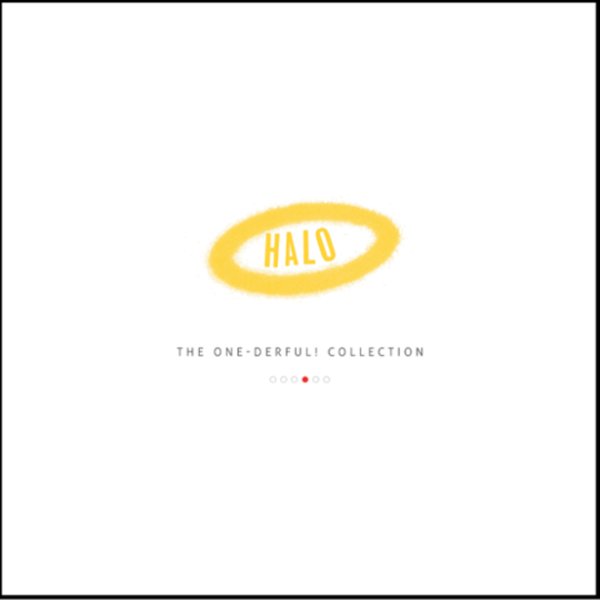 A really unique side of the legendary One-Derful family of Chicago soul music labels – the tiny Halo imprint, where the company issued all of their incredible gospel music! The Halo sound is like a deep soul take on the other One-Derful/Mar-V-Lus material – cut at the same time, in a similar scene, often with the same studio talent too – but tuned towards styles that are more righteous and more mellow than some of the more upbeat soul on the bigger labels – a heady brew of Chicago roots and heavenly inspiration, served up here in one mighty nice set! As with the others in the series, there's a number of cuts here that were never issued at the time – which makes this collection way more than just a "best of" the label – and instead more of an archival package, especially given the huge booklet of notes that comes along with the whole thing. A beautiful look at this under-exposed side of the Chicago 60s scene – with titles that include "Why Can't We Love Our Fellowman" by The Golden Tones, "Send Your Cleansing Power" by The Gospel Ambassadors, "Lord Deliver Me" by The Original Ensemble, "Why Do Men Treat The Lord As They Do" by The Redemption Harmonizers, "Man In The City (parts 1 & 2)" by The Lucy Rogers Singers, "Lord I Will Never Forget" by Rev Lofton & The Holy Travelers, "Keep Movin Along" by The Daytonians, and "I Have Made A Change" by The Flying Clouds Of Joy.  © 1996-2023, Dusty Groove, Inc.
(Out of print.)

In Square Circle
Tamla, 1985. Used
CD...$4.99 (CD...$4.99)
Mid 80s, and while never that bad (nothing Stevie does is ever terrible – well, except for "Don't Drive Drunk"!), the record lacks that certain greatness that you'll find on even the lesser Stevie Wonder albums. Still, there's some decent enough numbers that keep the album fresh ... CD

Songstress
Beverly Glen/Elektra, 1983. Used
CD...$5.99
From the female singer in the obscure group Chapter 8, Anita went onto become one of the biggest selling soul music acts during the 80s – and this album's her first effort as a solo act. The record's a smooth sophisticated batch of soul tunes, with lots of nice jazzy touches, and a classy ... CD

So Much 2 Say
Reprise, 1990. Used
CD...$1.99
The second album by this gospel-cum-soul group – as great a batch of harmony tracks as you could hope to find at the end of the 80s! The group's strong sextet harmony style is almost as wonderful as on the first album – tocuhed with a bit of religion, but mostly in a positive, ... CD

Allen Toussaint Collection
Reprise, 1970s. Used
CD...$7.99
A wonderful collection of New Orleans soul legend Allen Toussaint's recordings for Reprise in the 70s! The Reprise years were really magical period for Allen, recording some of the greatest music of his career – mixing funk with heavy soul early in the decade and with a bit more sweetness and ... CD

I Wish You Love
Empire, 1965. Used
CD...$4.99
A landmark album of the 60s – and a record that forever put Gloria Lynne on the map! The album's got a sense of poise and class that was almost a genre into itself – one that crossed Gloria over big with the title hit version of "I Wish You Love", but which was also supported ... CD