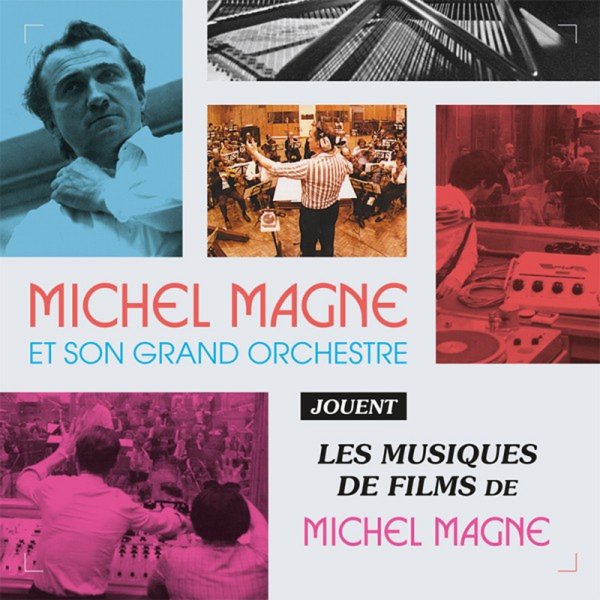 Soundtrack music from French film maestro Michel Magne, but served up here in a special early 70s albums that has Magne recreating some of his biggest themes with a nicely unified vibe – in a mode that's a bit like some of the excellent albums that John Barry cut in a similar style! The instrumentation includes the larger orchestra that you see on the cover, but there's also some leaner 70s elements that are nice too – like occasional keyboards, wordless female vocals, and even a slight touch of funk – all of which update and unify the varied songs into a really cohesive album. Titles include "Galia", "La Marquise Des Anges", "Le Malade Imaginaire", "Belle De Jour", "Melodie En Sous Sol", "A Coeur Joie", "Le Repos Du Guerrier", and "La Ronde".  © 1996-2023, Dusty Groove, Inc.
(Limited to 500 copies.)

Musique Taschiste
Cacophonic (UK), 1957. New Copy
CD...$6.99 16.99
Striking sounds from Michel Magne – an artist who's best known for his groovy soundtracks of the 60s – but who steps out here with a rare experimental set from the late 50s! The style is very much in keeping with the most compelling of the postwar generation in France – as Magne ... CD