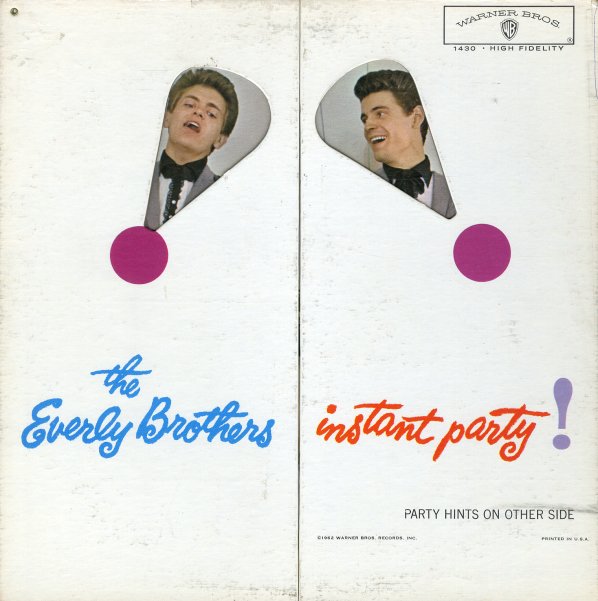 Also available
Everly Brothers — Instant Party ... LP 18.99
One of the great ones from the Warner years of The Everly Brothers – a set that has them taking off with a new sense of energy, yet still in a way that makes perfect use of their sublime harmony vocals! Titles include a mix of rockers and standards done in the Everly way – a very nice mix of tunes!  © 1996-2023, Dusty Groove, Inc.
(Shrink is intact, but has a large hole on the front.)

Nonesuch Guide To Electronic Music
Nonesuch/Collectors Choice, 1968. Used
CD...$24.99
One of the most electronic albums that Beaver & Krause ever recorded – a set that was issued as a Guide To Electronic Music, but which has a way more to offer than just a simple demonstration record! Unlike most other B&K albums, which can feature a bit of rock mixing in with the ... CD

Dreamtime
Collectors Choice/Warner, 1981. Used
CD...$14.99
Television may be long gone, but Tom Verlaine has lost none of his edge – and instead has almost emerged as one of the most mature singer/songwriters on the New York scene – an underground-to-mainstream poet to match the skills of Lou Reed and Patti Smith! The album's got a vibe that's ... CD