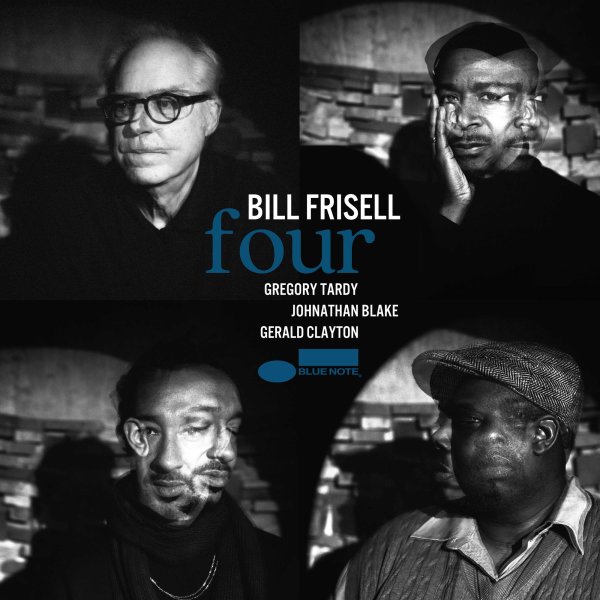 Also available
Bill Frisell — Four ... CD 11.99
A beautifully straightforward set from guitarist Bill Frisell – one that strips away some of the bigger concepts and shifts in instrumentation of other projects – and instead lets us focus on Bill's basic talents at the core! As you'd guess from the title and cover, the album's a quartet date – with Greg Tardy on some great reed work, blown with a sensitivity that matches the piano of Gerald Clayton, and echoes nicely with Frisell's guitar – in a group that also features nicely open drum work from Johnathan Blake. There's a thoughtful quality to the whole record that really comes through, and seems to elevate Frisell even higher than usual – on titles that include "Holiday", "Waltz For Hal Willner", "Good Dog Happy Man", "Wise Woman", "Monroe", "Dog On A Roof", "Invisible", and "Lookout For Hope".  © 1996-2023, Dusty Groove, Inc.
(SHM-CD pressing!)