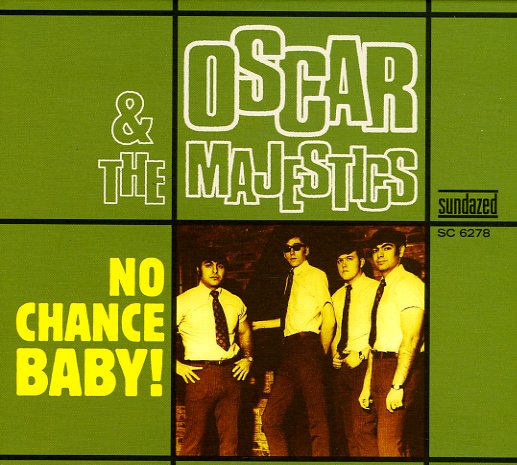 Wow! A definitive compilation of buzzing, raw and catchy rock & roll from Oscar & The Majestics – the overlooked USA Records sides and even rarer material the group pressed themselves on this excellent set put together by Sundazed! They work just as well with pulpy pop knockoffs and covers as they do on raucous instrumentals – and their searing guitar sound is killer! Includes "Got To Have Your Lovin'", "Soulfinger", "I Can't Explain", "Jackie Jackie", "I Feel Good", "Top Eliminator", "Fanny Brown", "Dawn" and more.  © 1996-2023, Dusty Groove, Inc.
(180 gram issue from 2011.)