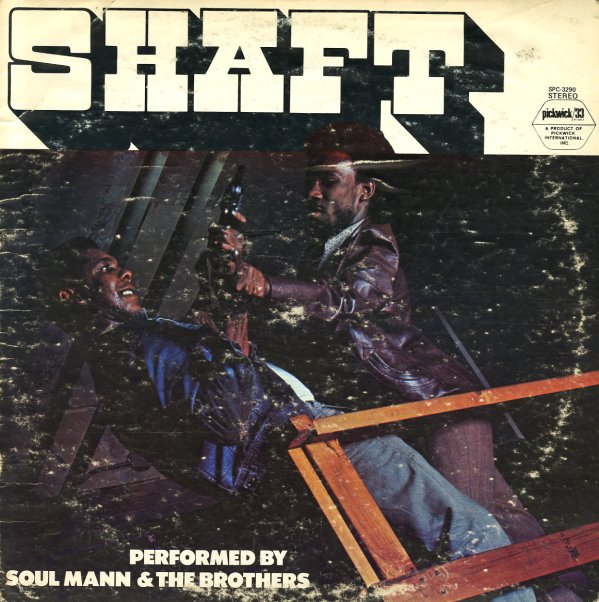 Groovy version of the Shaft soundtrack, played by the obscure studio group Soul Mann & The Brothers (who are actually led by Sy Mann). The set includes the best cuts from the score, like "Walk From Regio's", "Cafe Regio's", "Theme From Shaft", and "Bumpy's Lament". Not totally Isaac Hayes, but with some nice grooves – and a goofy simulation cover!  © 1996-2021, Dusty Groove, Inc.
(Cover has light wear.)