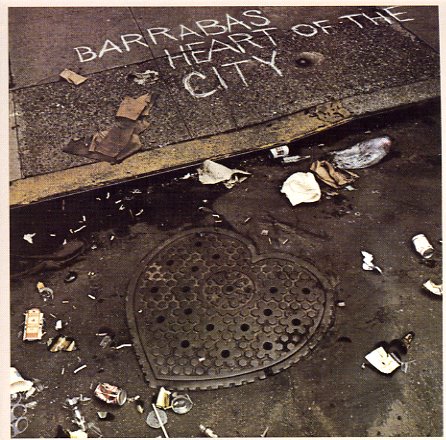 It must have cost Barrabas plenty to make the heart-shaped manhole on the cover of this album – but given the sound of the grooves, the money was well worth it! The set's a fair bit tighter than their earliest work from Spain – but also a great direction for their styles – one that's nicely soulful, with some club funk touches that fit in nicely with their American contemporaries on the Atco label. The tracks have a strong New York groove – with loads of great keyboards from Juan Vidal, and plenty of heavy basslines by Ernesto Duarte – pumping nicely in a way that's more stomping than straight funk, but still pretty great. Vocals are best when they're floating down amidst the instrumentation – and titles include "Mellow Blow", "Family Size", "Make It Easy", "Checkmate", and "Take A Wild Ride".  © 1996-2023, Dusty Groove, Inc.