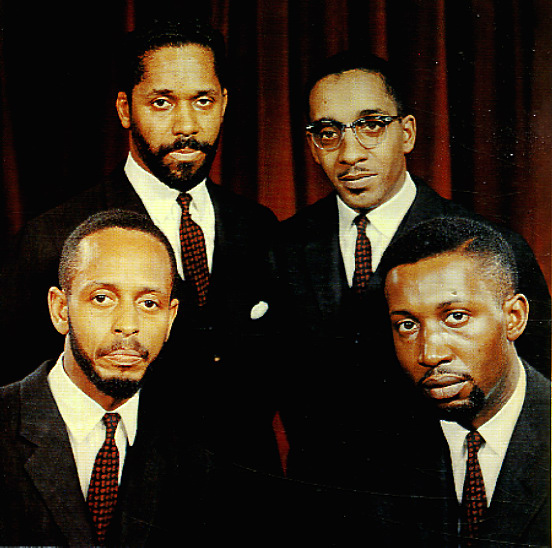 One of the first Modern Jazz Quartet albums on Atlantic – a 1957 set that finds the crew in one of their freshest periods – laying down their soon-to-be trademark style in a fashion that warrants the self-titled tag! The set kicks off with a stellar medley of standards, all given the tight MJQ touch! The crew strolls through "They Say It's Wonderful", "How Deep Is The Ocean", "Body And Soul" and more in that 10 minute stretch. Other album highlights include the drum-heavy "La Ronde", a sweet reading of "Night In Tunisia", "Baden Baden", "Bag's Groove" and "Yesterdays".  © 1996-2023, Dusty Groove, Inc.
(Out of print, includes obi.)

Under The Jasmine Tree
Apple (UK), 1968. Used
CD...$9.99
A nice one! The MJQ record for the Beatles' famous Apple label, and the album's one of their most interesting of the 60s! The production's pretty straight, but the group's playing in a cool open-ended style that still has elements of their earlier work, but which really makes things a lot more ... CD

For Ellington (with bonus track)
East West, 1988. Used
CD...$2.99
For Ellington is, obviously, a tribute to the Duke – but it's done in a really creative way that gets past any simple rehashed versions of his tunes! The MJQ's approach here is totally great – very different rhythmically than classical Ellington – in a way that pulls apart ... CD