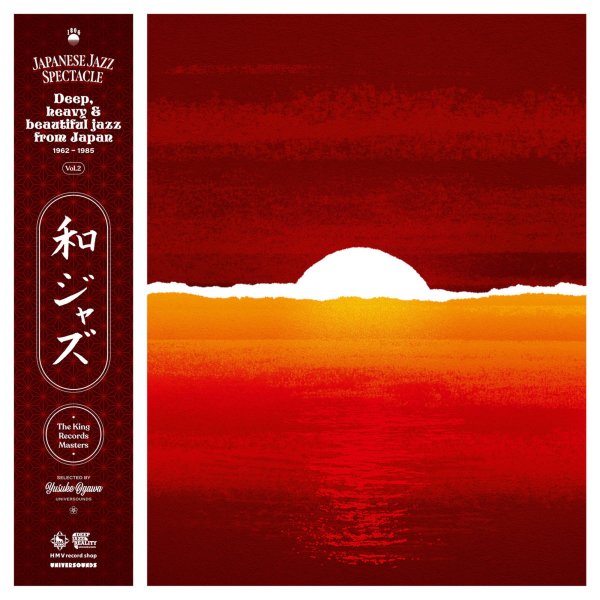 A wonderfully wide-ranging look at the more unique aspects of Japanese jazz from the 60s onward – a set that mixes together spiritual tracks, bossa nova, and some surprisingly soulful tracks too – all from records that were only ever issued in Japan! If you've heard the great first volume, you'll know what to expect here – but we can also say that the scope of work here might even be better, and there's some great surprises along the way – especially on cuts that show the way these Japanese jazz musicians have taken some inspiration from American music, then really run far in their own new directions with the work. Titles include "Yamame" by Akira Miyazawa, "Loving You" by George Otsuka, "Down To The Sea" by Yoshio Ikeda, "Clair Deluge" by Toshiyaki Yokota & The Beat Generation, "Saynoara Blues" by Hideo Shiraki, "Blossom In The Water" by Masao Yagi, "Day Of The Sun" by Masahiko Togashi & Isao Suzuki, "Summer Wind" by Yasuko Nagamine & Yasuaki Shimizo, "Desireless" by Masahiko Togashi, "Lady Boogie" by Takeru Muaroka & His New Grup, "Constant Rain" by Tadao Sawai & Toshiyuki Miyama, and "Ma Mere L'Oye" by Jun Date & Masayki Takayanagi.  © 1996-2023, Dusty Groove, Inc.