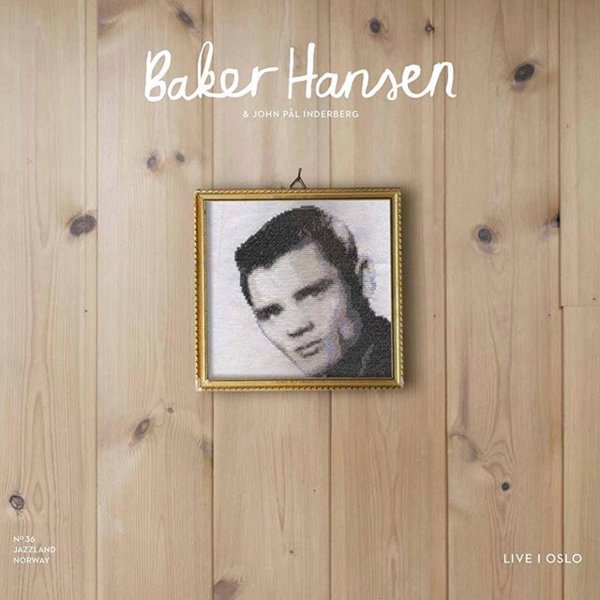 That's a young Chet Baker on the cover of the record, and the set's a really beautiful experiment based on the music that Chet recorded back in the 50s – a reworking of some of the songs he sung and made his own, turned into versions with lyrics in Norwegian, and instrumentation that nicely changes things up! Don't worry, there's still a trumpeter in the group – Thomas Husmo Litleskare does a great job in that role – but John Pal Inderberg brings in some excellent baritone, crafting these warm solos that are a surprisingly great match for the Baker-spirited trumpet – in a group that also featuers Kjetil Jerve on piano, Stian Andreas Egeland Andersen on bass, and Tore Flatjord on drums. Vocals are by Sigurd Rotvik Tunsetveit – and despite all the strange language in place, you'll find plenty to love here if you're as in love with the classic Chet Baker spirit as much as us! Titles include new versions of "Let's Get Lost", "How Deep Is The Ocean", "You Don't Know What Love Is", "There Will Never Be Another You", and "Everything Happens To Me".  © 1996-2023, Dusty Groove, Inc.

Junior Mance Trio At The Village Vanguard
Jazzland/OJC, 1961. Used
CD...$4.99
A firey little trio session from Junior Mance – one that features tracks taken at a pace that's even more uptempo than usual, and which really pushes his skills on the keys! The speed of the set is by no means a detriment to Mance's soulful playing – and if anything, the record stands ... CD

Tough Tenor Favorites
Jazzland/OJC, 1962. Used
CD...$13.99
The soulful tenor of Eddie Lockjaw Davis meets the modernist bop sounds of Johnny Griffin in another one of their fierce two-tenor sides from the early 60s! The group on here includes the always-amazing Horace Parlan on piano, plus some lively drumming from the oft-overlooked Ben Riley. This one's ... CD