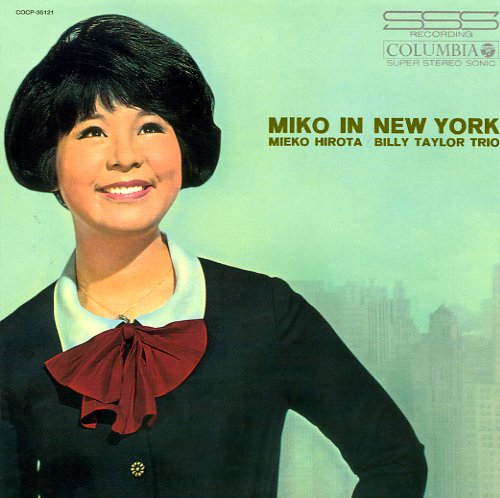 A very groovy session from Japanese singer Miko – recording here in the US with hip grooves from the Billy Taylor Trio! The style is almost even cooler than some of Billy's own records of the time – as the rhythms are open and flowing, which makes for a really sparkling feel to the set – a sound that underscores some of the more soulful tendencies that Miko was showing in the 60s, and which almost makes the album sound like some of the hippest vocal jazz sides of the sort from the European scene. There's also some great tunes used on the set too – Bob Dorough/Ben Tucker numbers that include "The Message", "Ramblin Rover", "Right Here Right Now", and "Comin Home Baby" – plus a cool take on Taylor's "I Wish I Knew How It Would Feel To Be Free", and Bobby Hebb's "Sunny".  © 1996-2023, Dusty Groove, Inc.
(Recent Japanese reissue, with obi.)