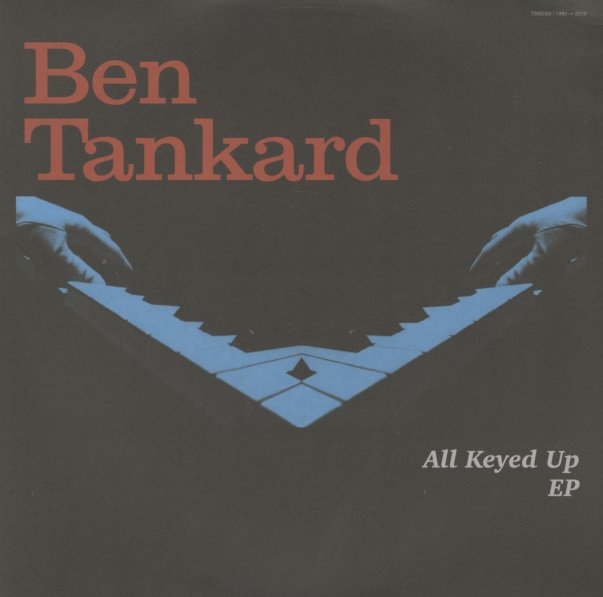 A late 80s electro gem from Ben Tankard – a real multi-instrumentalist here, making best use of the digital technology of the time to serve up a smooth blend of jazzy fusion, funk, and soul! Ben plays most of the instruments here – midi keyboards, wind controllers, guitar synth, drum programs, and more – but uses them all with the warmth of a fusion record from a decade before, which is quite a feat – as much of the instrumentation could be a bit cold in the wrong hands. A few numbers have strong keyboard solos out front – ala Rodney Franklin or Bobby Lyle at the time – and titles include "All Keyed Up", "Melodic Heaven", and "Eden Celebration" – plus "All Keyed Up (Time Capsule seaside mix)".  © 1996-2023, Dusty Groove, Inc.
(With obi and insert.)