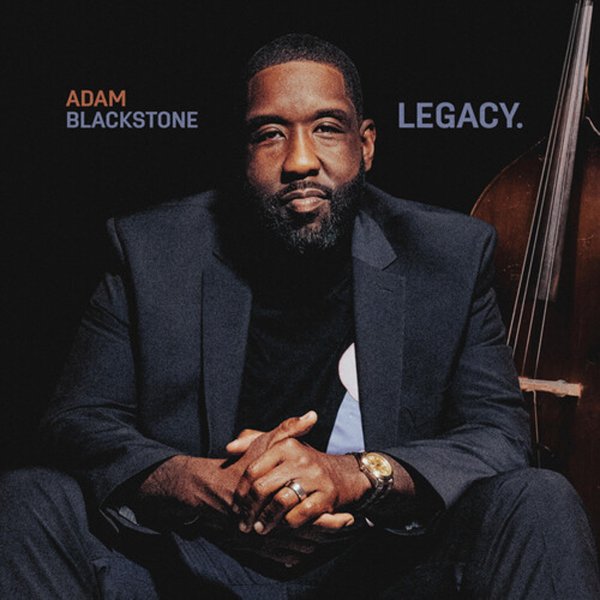 The long-overdue debut as a leader from Adam Blackstone – an artist who's served as musical director for a fair bit of bigger acts, and finally gets a chance to join them in the spotlight with this release! Blackstone's a bassist, but also has a multi-instrumental capability, and is a hell of a producer too – and for the set, he draws on his larger background in both soul and jazz music, opening the door to friends from the Philly scene and a fair bit of other big names too! There's an equal balance between jazzy instrumentation and soulful vocals on the record – thanks to work from guests who include Leslie Odom Jr, Robert Glasper, Jill Scott, Jazmine Sullivan, Will Pass, Jazzy Jeff, John Scofield, Queen Latifah, and Terrace Martin – a nicely varied lot who keep things interesting on titles that include "Lost", "Back On The Strip", "Amongst The Stars", "New Day", "Legacy", "The Storm Will Pass", "My Winger", and "Biggest Greatest Thing".  © 1996-2023, Dusty Groove, Inc.