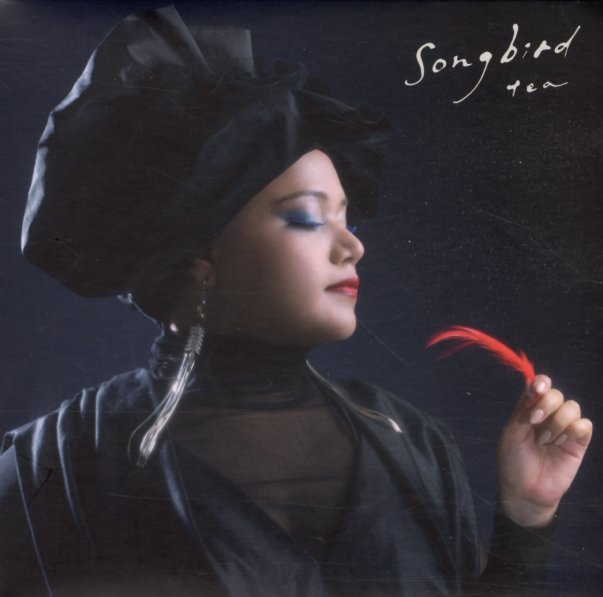 A really fantastic singer, and one that we're only discovering with this album – an obscure Japanese release that will hopefully put Tea at the front of the line for up and coming young jazz vocalists! The set mixes in plenty of soulful currents with the jazz, thanks in part to the superb arrangements by Hiroshi Tokieda – and Tea more than rises to the occasion, blending modes at a level that reminds us a lot of the vocals of Navasha Daya when we first heart her in Fertile Ground many years back – working with a really great range, but also never letting herself stray too far from the groove. The tunes are a really compelling mix of material, too – pulled both from older jazz and pop, and mixed with original material too – as Tea soars on tracks that include "Old Age Blues", "Everything", "Songbirds", "Wonderwall", "Wuthering Heights", "Tokyo Animal", and "Everything Is OK".  © 1996-2023, Dusty Groove, Inc.

Legrand Affair – The Songs Of Michel Legrand (with bonus tracks)
Three Graces, 2011. New Copy 2CDs
CD...$22.99 24.98
Melissa Errico's maybe not the best-known jazz singer on the scene, but she's very well-remembered for this fantastic set of tunes penned by Michel Legrand – all set to very sublime orchestrations by Legrand himself! The feel here is lush – both in the fullness of Errico's vocals, and ... CD

Julie Driscoll 1969
Polydor/Esoteric (UK), 1971. New Copy
CD...$14.99 22.99
Julie Driscoll's come a long way from her years with Brian Auger here – stepping out in a freer sound that marks the shift in the British scene from beat group grooving to jazz-rock jamming. The session features a host of likely suspects from that hip side of the scene where avant jazz and ... CD