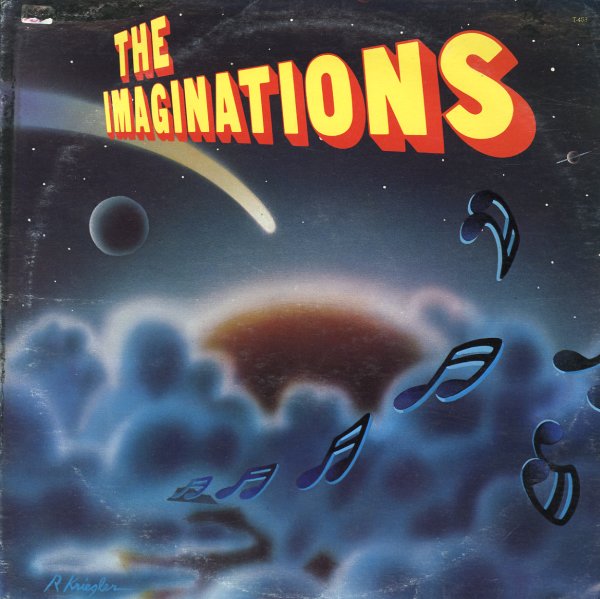 An excellent group soul from Chicago – and no wonder, since The Imaginations were previously Brighter Side Of Darknes, a sublime falsetto harmony group who had a huge hit in 1972 with "Love Jones". This record's very much in the vein of that song – but also features a maturation of the group's emotions and harmonies, taking them into a mix of sophisticated love songs and righteous society tunes that puts them with the best of the early 70s harmonicists from the east coast. The album was produced in Chicago by Star-Vue Productions, and it's got arrangements by Tom Tom and Benjamin Wright that are very much in the mode of late Cadet and Brunswick work. Titles include "Because I Love You", "Ballad Of Matheia", "Love Diet", "God Bless You Love", "Me, Myself & I", "Searchin'", and "Talk About the World".  © 1996-2021, Dusty Groove, Inc.
(Promo. Cover has some edge wear, bent corners, mostly split top seam, and a promo sticker on back.)