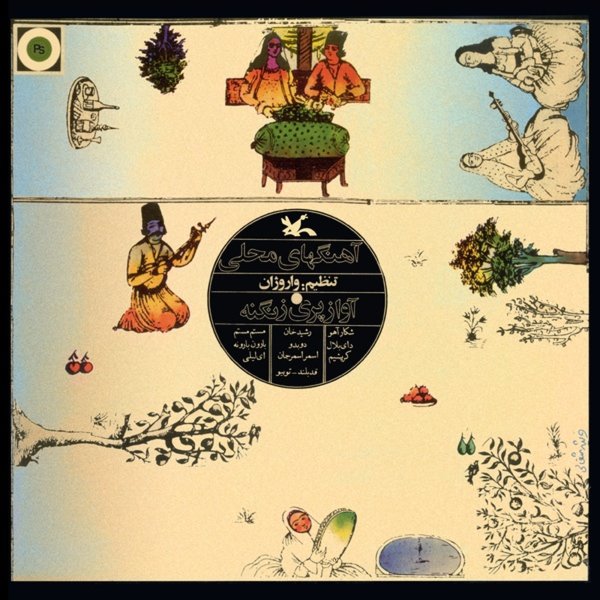 A record of songs for kids, but one that's got a really timeless, really universal vibe – thanks in part to the presentation by singer Pari Zangeneh! The record comes from the few years before the Iranian revolution at the end of the 70s – and the music is awash in the more sophisticated, Western-influenced modes that can make Iranian records from this time so great – breezy arrangements by Varoujan, with a mix of flute, organ, acoustic guitar – and these chorus vocals that kind of slide into the mix and make everything sound a bit spooky! Titles include "Do Beh Doh", "Dai Balal", "Rashid Khan", "Ghad Boland", "Koreyshim", "Aye Laili", "Asmar Asmar Djan", and "To Beyo".  © 1996-2023, Dusty Groove, Inc.

Dakila
CBS/Guerssen (Spain), 1972. New Copy (reissue)
LP...$30.99 34.99 (CD...$17.99)
A near-lost musical treasure from the cultural crossroads of the Bay Area scene in the early 70s – work by a Filipino American group who were big on the scene – and who have a mix of rock, jazz, and Latin elements that's not unlike some of their bigger San Francisco contemporaries! The ... LP, Vinyl record album

Maarifti Feek
Relax In/We Want Sounds (UK), 1984. New Copy (reissue)
LP...$30.99 33.99
One of those records that grabs you right away, even if you can't understand the language – a classic 80s set by Lebanese singer Fairuz, set to superb arrangements that resonate with some of the best European work of the time! Fairuz herself has a voice that's amazing – full of life ... LP, Vinyl record album