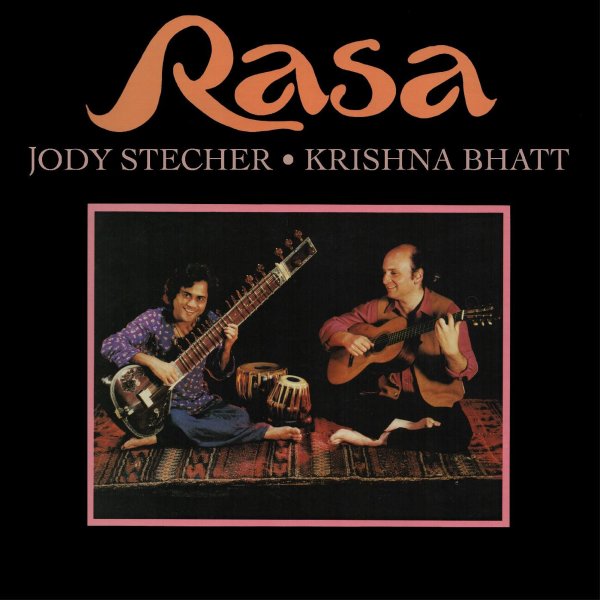 Also available
Jody Stecher & Krishna Bhatt — Rasa ... CD 14.99
A really unusual record – part global, part folk – but maybe that's what you'd expect when you match the sitar of Krishna Bhatt with the acoustic guitar of Jody Stecher! There's definitely a lot of sitar on the record, and some tabla too – but those sounds are balanced by more familiar folk elements that include the guitar, a bit of fiddle, and even mandolin too – plus harmonized vocals from the duo, joined by others who include singer Kate Brislin – all at a level that really builds a bridge between Appalachia and India! Titles include "The Bramble & The Rose", "Manj Khammaj", "Port Arthur Blues", "Zembekiko", "Blue Mountain", and "Dilruba".  © 1996-2023, Dusty Groove, Inc.