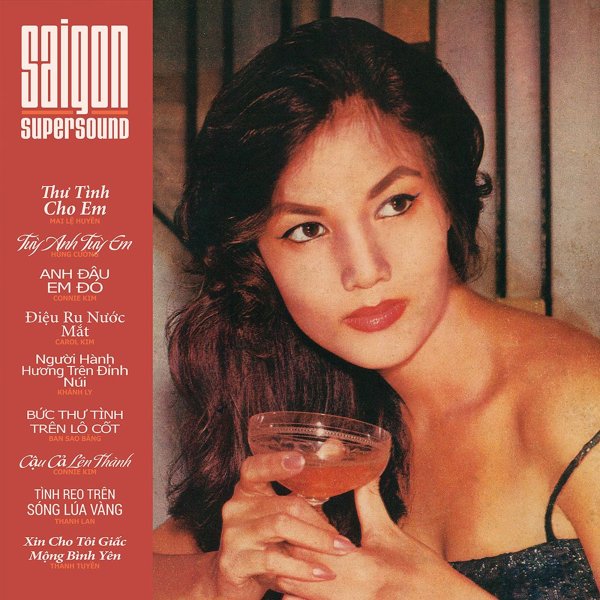 Also available
Various — Saigon Supersound Vol 3 – 1965 to 1975 ... LP 30.99
Really fantastic work from a scene that interacted briefly with our culture during the Vietnam war – yet still managed to hold on to a groove that was very much its own! This isn't the sound of American rock blaring out of a transistor radio in some fiction film about the war – and instead, these cuts go head to head with anything we might have been turning out at the time – yet with a very different vibe overall, as the mix of language, rhythms, and instrumentation are completely unique to the scene in Vietnam! There's definitely more than a few funky moments on the set – some great drums and basslines set amidst larger arrangements – but the phrasing of the vocals makes for all sorts of unusual twists and turns along the way, even when electric guitars, organ lines, and other elements might sound slightly familiar. Maybe the best volume so far in this wonderful series – with titles that include "Han Mac Tu" by Truc Mai, "Hinh Anh Nguoi" by Thanh Lan, "Trach Yeu" by Hung Cuong & Mai Le Huyen, "Tinh Anh" by Tuy Phuong, "Nang Chieu" by Son Ca, "Ban Nhac Khng Ten" by Ban Nhac Le Van Thien", and "Xuan Muon" by Hoang Oanh.  © 1996-2023, Dusty Groove, Inc.

APP – Accumulation Of Profit & Power
Office Home (France), 2022. New Copy
CD...$16.99 19.99 (LP...$26.99)
Muyiwa Kunnuji played trumpet with Fela Kuti back in the day, and he definitely references Fela's legacy with the politics in the title of the set – yet his approach here is nicely his own, and a really fresh vision of the legacy of older Afro Funk! There's still plenty of the long tracks ... CD