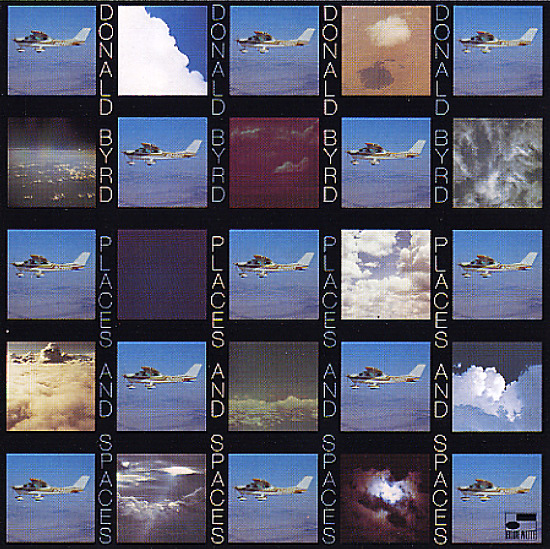 An incredible record – and one of the real high points in the career of trumpeter Donald Byrd! The album's the third one he cut with producer/arranger Larry Mizell – and of all Byrd's work with Mizell, this one's the funkiest, the tightest, the most soulful, and the most perfectly realized vision of the soaring sound the duo were aiming for! Every track is a winner – and the album glides along with a slippery sinewy groove, never pausing for a weak moment or a misplaced note, shimmering with pride in its own genius. Byrd's trumpet soars over the top, banking gracefully over waves of funky drums, spacey keyboards, and extremely well-placed vocals – all brought together perfectly by Mizell, with a tightly fused style that few people have ever been able to match in the studio since! Tracks include "Change (Makes You Want To Hustle)", "Dominoes", "Wind Parade", "Places & Spaces", and "Night Whistler".  © 1996-2023, Dusty Groove, Inc.
(Ultimate HQ pressing!)

I'm Tryin' To Get Home
Blue Note (Japan), 1965. New Copy
CD...$18.99 22.99
Donald Byrd's second foray into the "with voices" genre – done in the same style as his groundbreaking New Perspective album – and with similar choral work from lyrical modernist Coleridge Perkinson! The vibe here is slightly different than the previous record – in that ... CD

Slow Drag
Blue Note (Japan), 1968. New Copy
CD...$18.99 22.99
One of our favorite records of all time from trumpeter Donald Byrd – a sometimes-overlooked gem from the late 60s, and one that has Byrd really playing with a slightly different edge than before! The set's recorded with a group that Byrd maintained for two years – a stunning lineup ... CD

Blackjack
Blue Note (Japan), 1967. New Copy
CD...$18.99 22.99
An incredible album from trumpeter Donald Byrd – hard, funky, and with more of an edge than most of his other Blue Note work! The sound on the album's incredibly sinister – really concerned with downward chord turns in moody rhythms – played with a real sense of soul by a ... CD