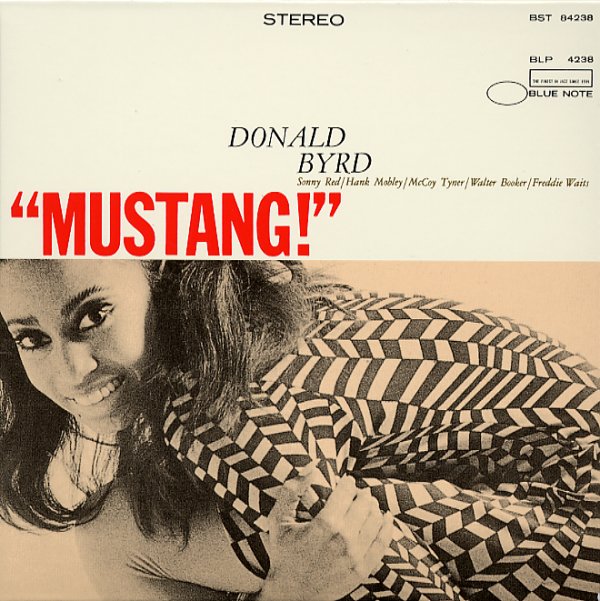 Also available
Donald Byrd — Mustang! ... CD 14.99
One of Donald Byrd's most fantastic records for Blue Note – and one of three gems that he recorded with the great Sonny Red on alto sax! Byrd and Red work magnificently together – and the two of them play with a tightness and funkiness that's missing from a lot of their other records as leaders – this really sharp edge that makes Sonny sound even better than ever, and a slight funkiness in Byrd's trumpet – which really seems to point the way towards his groove of the 70s! Hank Mobley joins the group on tenor, Walter Booker is on bass, McCoy Tyner's on piano, and Freddie Waits is on drums – and the groove is tight and funky, with a mix of hard bop soloing and funkier Blue Note rhythm playing. Red burns throughout, especially on his own "Mustang", and on the cut "Dixie Lee". Other tracks include "Fly Little Bird Fly", "On The Trail", and "I'm So Excited By You". Plus, this CD reissue also includes 2 non-LP bonus cuts – "Gingerbread Boy" and "I'm So Excited By You".  © 1996-2023, Dusty Groove, Inc.
(Ultimate HQ pressing!)