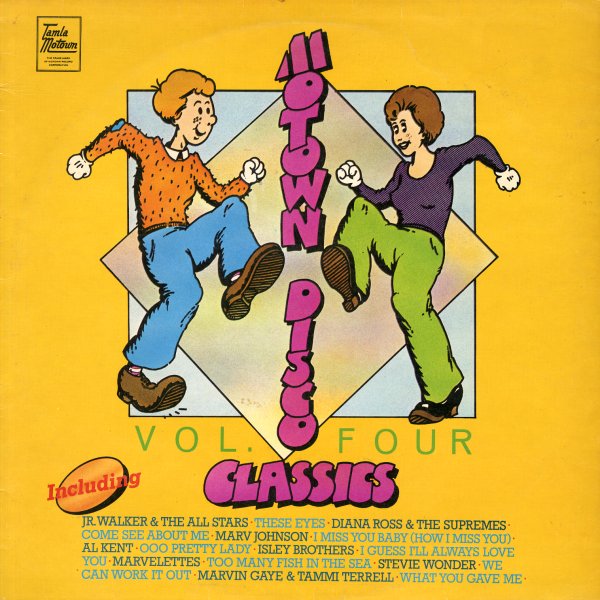 A special UK-only collection – hokey cover on the front, but great tracks within – including the obscure Motown cuts "Ooo Pretty Lady" by Al Kent, "Keep On Loving Me" by Frances Nero, and "TLC" by PJ – plus "These Eyes" by Jr Walker & The All Stars, "We Can Work It Out" by Stevie Wonder, "What You Gave Me" by Marvin Gaye & Tammi Terrell, "I Miss You Baby" by Marv Johnson, "Take Me In Your Arms" by Kim Weston, "I Guess I'll Always Love You" by Isley Brothers, and "Just Ain't Enough" by Eddie Holland.  © 1996-2023, Dusty Groove, Inc.

Bitch Is Black
Tamla, 1975. Near Mint-
LP...$14.99 (CD...$8.99)
Heavy heavy funk from the mighty Yvonne Fair – a 70s bad soul sister that we'd rank right up there with Betty Davis! Yvonne got her start working with James Brown in a sweeter mode, but by the time of this mid 70s debut, she'd hit a really hard-wailing sort of style – one that had the ... LP, Vinyl record album

Good Woman
Motown, 1991. Near Mint-
LP...$3.99
Smooth Gladys from later years – working without The Pips, but showing the world that she's still got a heck of a lot to offer! Includes duets with Dionne Warwick, Patti Labelle, and David Peaston – and a track list that includes "Men", "Meet Me In The Middle", ... LP, Vinyl record album