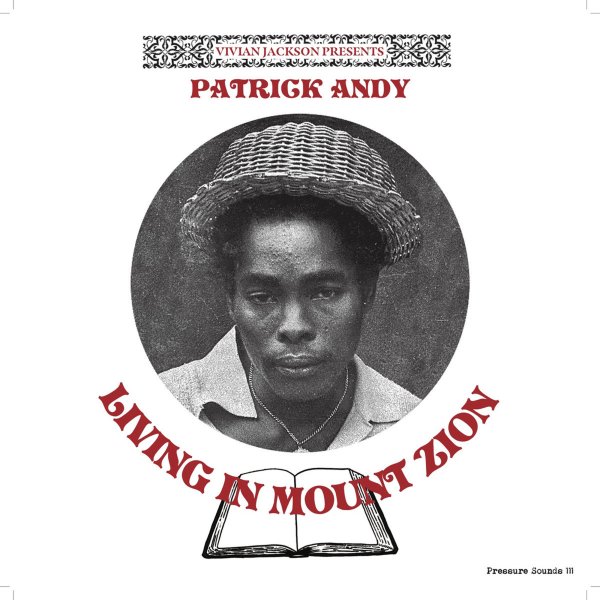 Also available
Patrick Andy — Living In Mount Zion ... LP 22.99
An unreleased album of sorts from roots reggae great Patrick Andy – tracks that were initially culled together by producer Yabby You in the late 70s, and which include a few never-issued tunes by Andy, plus rare stereo mixes of some other tunes too! If you know the famous title single that gives the album its name, you'll know the righteous vibe of everything else within – as Patrick's vocals have this quality that's very personal and very moving, as he works with bad-stepping rhythms that are great for his vocal versions, and the dubs that follow up most of the tracks. Titles include the unreleased tracks "Call On Jah", "Got To Give Some Help", and "Give Thanks" – plus a stereo mix of "Living In Mount Zion", and the cuts "You Don't Want Me (unreleased mix)", "Youths Of Today", and "Love Of A Woman Dub (unreleased mix)" – plus five more dub tracks too. CD features bonus tracks – "Sufferation", "Sufferation Dub", "No Easy Game (ext mix)", and "Show A Little Love (ext mix)".  © 1996-2023, Dusty Groove, Inc.

Maytals – Essential Artist Collection
Trojan, Late 60s/Early 70s. New Copy 2CD
CD...$18.99 19.98 (LP...$34.99)
Definite essential work from The Maytals – the legendary group led by Toots Hibbert, and who really helped transform the sound of Jamaican music with recordings like this! There were certainly other soulful groups in their generation on the Kingston scene, but The Maytals really helped give ... CD

King Scratch – Musical Masterpieces From The Upsetter Ark-Ive
Trojan, Late 60s/1970s. New Copy 2CD
CD...$19.99 20.99 (LP...$33.99)
A mighty tribute to the genius of one of the greatest producers of all time – a figure who helped not only shape the sound of Jamaican music from the late 60s onwards, but also influence a fair bit of the rest of the world as well! The set's a well-chosen collection of material from a range ... CD

Tales Of Mozambique (purple CD pressing – with bonus tracks)
Dynamic Sounds/Soul Jazz (UK), 1975. New Copy
CD...$21.99 22.99 (LP...$36.99)
One of the hippest sets ever issued during the roots reggae wave of the 70s – and one of the most spiritual, too! The album's got a very special acoustic vibe at the core – earthy drumming that goes back to a pan-African tradition, these beautiful acoustic basslines that link the music ... CD

Studio One Women (yellow CD pressing)
Studio One/Soul Jazz (UK), 1970s. New Copy
CD...$21.99 22.99 (LP...$36.99)
A really classic look at the legendary catalog of Studio One Records – one that not only offers up a special focus on the female artists who recorded for the label, but also really shows the wide span of sounds that Studio One created over the years! There's work here from the early ... CD