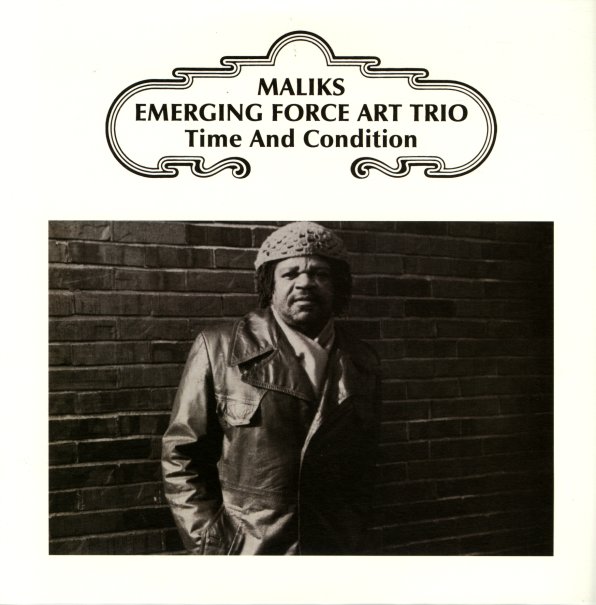 Also available
Maliks Emerging Force Art Trio — Time & Condition (yellow vinyl pressing) ... LP 44.99
A brilliant moment as a leader from saxophonist Maurice Malik King – a member of the St Louis underground in the 70s, but one who never saw the same sort of fame as contemporaries who left the city for New York and beyond – yet who continued to create some incredible music far away from the limelight! The early 80s set is a great example of the way the more sophisticated, sensitive moments of the loft jazz world of the 70s were taken to farther local scenes in the US, and allowed players to continue the journey with their own very personal levels of expression – something that's definitely the case here as King crafts these beautiful long lines on alto alongside the bass of Zimbabwe Nkenya and percussion of Qaiyim Shabazz. There's a very special sound to the whole thing – a mode that's every bit as unique as the Ritual Trio up in Chicago, yet every different too – as you'll hear on cuts that include "In Between Space", "Music To Me", "In Search Of Spirits Passed & Present", and "When Force Meet".  © 1996-2023, Dusty Groove, Inc.