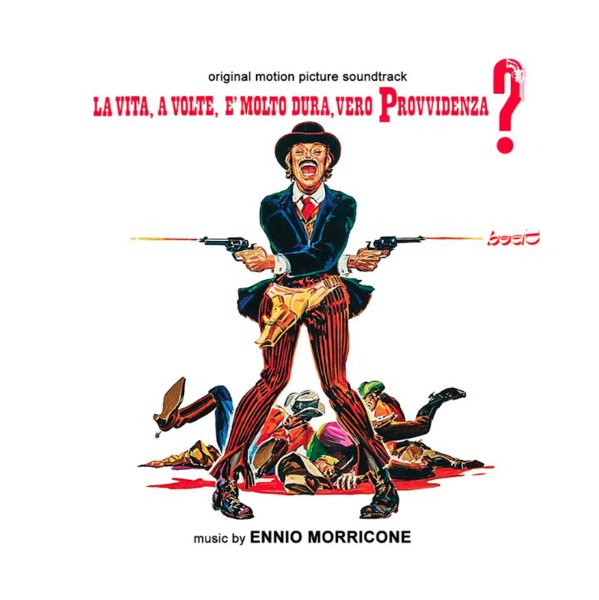 A pair of Morricone soundtracks – back to back on a single CD! First up is La Vita A Volte E Molto Dura Vero Provvidenza – a very cool western score from Ennio Morricone – one of those great records that isn't really a western soundtrack at all – at least not in the conventional way! The film is a comedy, and the maestro throws in a lot of early 70s comedic elements to the music – some "yeh yeh" vocals at points from I Cantori Moderni, a playful rhythm at other moments, and really creative interplay with styles that updates an older west mode to a very groovy 70s vibe! Most tracks are short, and work together in this excellent pastiche of sounds – making for a record that's a lot more upbeat and unusual than you might expect. 20 tracks in all! Ci Risiamo Vero Provvidenza is a follow-up film, with Tomas Milian starring as the same Provvidenza character – and gets scoring from Ennio Morricone and Bruno Nicolai in a very groovy style! The sound is often more 70s comedy than 19th Century western – with electric guitar bits, cool effects, and sometimes I Cantori Modern singing in a sing-song style. CD has 15 more tracks from the second film – a total of 35 titles in all!  © 1996-2023, Dusty Groove, Inc.