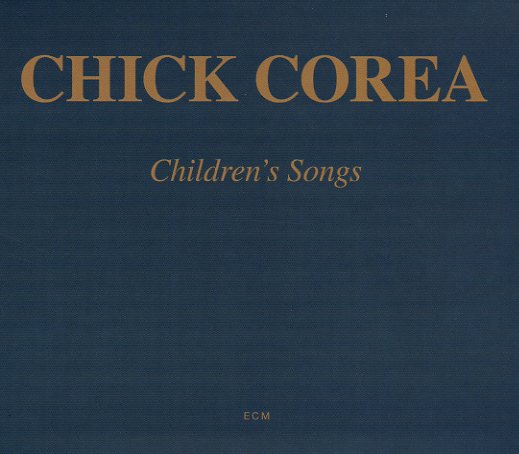 Nothing childish here – as the album's a beautiful set of short, spare numbers from Chick Corea – a perfect reminder that he could still maintain a subtle approach to his music, even after years of more dramatic electric sides! The bulk of the album features short "Children's Songs", numbered 1 to 20 – played by Chick in spare, swirling ways that are mighty nice – a much more sensitive Chick Corea than we remember, dancing a nice balance between lyricism and sentimentality, yet without any of the too-popular trappings of some of his 80s contemporaries in the solo piano mode. The CD also features one slightly longer track – "Addendum" – which has Corea's piano with violin and cello.  © 1996-2023, Dusty Groove, Inc.
(Sealed SHM-CD pressing, includes obi.)

Trio Music – Live In Europe
ECM (Germany), 1986. Used
CD...$6.99
Great trio music from Chick Corea – a set that perhaps overstates its understatedness in the title and cover – but a really nice change from some of Chick's slicker electric lines of years past! The group here features Corea on acoustic piano, bass from Miroslav Vitous, and drums from ... CD

Akoustic Band
GRP, 1989. Used
CD...$2.99 (LP...$24.99)
In the electric universe of the GRP label, Chick Corea makes a bold move with his Akoustic Band here – even if the overall conception of the cover and the group's fashions have kind of an "electric" 80s look to it! The group here is a trio – with John Patitucci on bass and ... CD