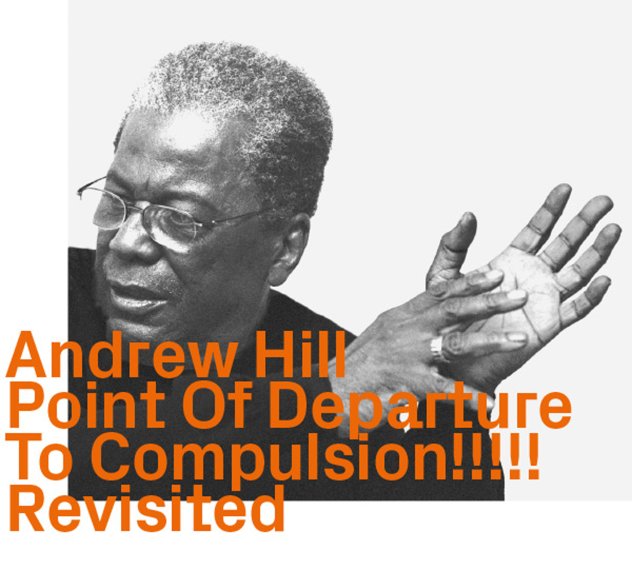 Point Of Departure To Compulsion – Revisited

Two classic 60s albums from pianist Andrew Hill – back to back in a single set! First up is Point Of Departure – mindblowing work from pianist Andrew Hill – one of the key records during that short initial run when Blue Note was really giving him a special showcase for his talents – and when the label was dabbling in more avant jazz as part of the "new thing" moment on the scene! The group here is really the stuff of legends – as the set features a very late performance from Eric Dolphy on alto, plus Joe Henderson on tenor, Kenny Dorham on trumpet, Richard Davis on bass, and Tony Williams on drums – all players at the prime of their young talents, soaring to the skies under the leadership of Hill – skittishly working their way into territory that's never truly free, but wonderfully expressive and exploratory – a clear summation of the sense of "modern" in modern jazz! All tracks are originals by the pianist, too – and titles include "New Monastery", "Flight 19", "Spectrum", "Dedication", and "Refuge". Compulsion is one of the most dynamic albums that Andrew Hill ever cut for Blue Note – a record of long tracks, played by a largeish group who seem perfectly suited to Hill's most creative musical ideas! There's an approach here that almost predates some of the more righteous soul jazz ensemble sides of the 70s – as Hill's piano leads a octet that features Freddie Hubbard on trumpet, John Gilmore on tenor and bass clarinet, Cecil McBee and Richard Davis on basses, Joe Chambers on drums, and Nedi Quamar and Renaud Simmons on percussion. The percussionists roll out with quite a bit of presence in the set – not so much as on some of the Art Blakey percussion sides for Blue Note, but more with a pronounced sense of "bottom" that you might not always hear from Hill – an earthy, sometimes organic way of riffing that then allows freer solo work from the horns and piano on the top! Titles include "Compulsion", "Legacy", "Premonition", and "Limbo".  © 1996-2023, Dusty Groove, Inc.