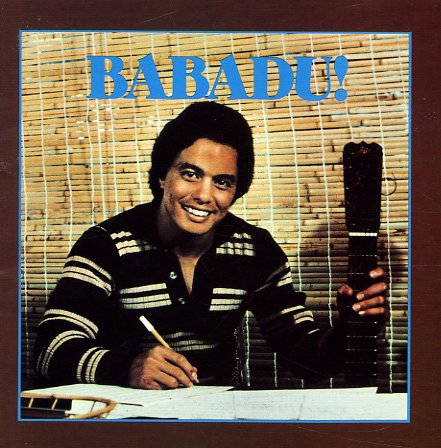 Rare Hawaii soul from the end of the 70s – an album that's a great extension of the sunny sound heard previously from Lemuria! Babadu's got a gently grooving glow that's right up there with the Free Soul sound of years back – an approach that's smooth, but not in commercial or chart soul ways – and which instead has an earnest, honest appeal – all the feeling right up front, gliding along with the breezy rhythms in a really great way! The balance is a bit hard to describe accurately, and it's the brainchild of producer/arranger Kirk Thompson – who does a great job with Babadu's vocals, compressing them nicely into the music for a fused-up sound that's mighty nice! Titles include "I Did The Right Thing", "I've Got My Roots", "I Love Music", "All I've Got To Give", and "We're Not To Blame".  © 1996-2023, Dusty Groove, Inc.

Tales Of Mozambique (purple CD pressing – with bonus tracks)
Dynamic Sounds/Soul Jazz (UK), 1975.
CD...$21.99 22.99 ... On February 10, 2023
One of the hippest sets ever issued during the roots reggae wave of the 70s – and one of the most spiritual, too! The album's got a very special acoustic vibe at the core – earthy drumming that goes back to a pan-African tradition, these beautiful acoustic basslines that link the music ... CD