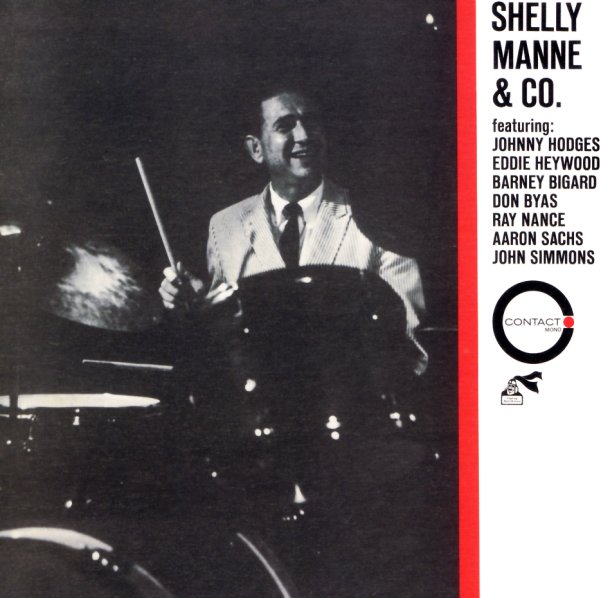 A really great little album on the short-lived, Bob Thiele-run Contact label – an early 60s set that collects rare early work by Shelly Manne from 1944! The set features a series of New York recordings with Shelly – 4 tracks with the Barney Bigard Trio with Eddie Heywood on piano; 4 more with the Eddie Heywood Orchestra with Don Byas; and 4 more with the Eddie Heywood trio. The sound is quite different than Manne's more famous LA sides of the 50s – but hearing him with Heywood's unique phrasing, we can hear where he got a lot of his ideas! Titles include "Sarcastic Lady", "Step Steps Up", "Step Steps Down", "Night & Day", "Them There Eyes", and "Moonglow".  © 1996-2023, Dusty Groove, Inc.