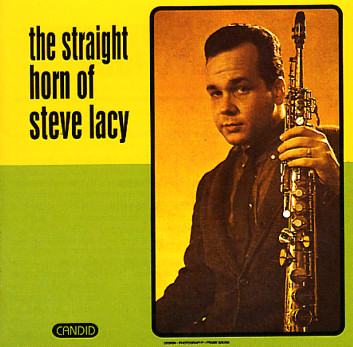 The only thing "straight" about Steve Lacy's horn is its shape – as the soprano sax here is used in some extremely inventive and modern ways, especially for the date of the session! We don't think we're going out on a limb to say Lacy is one of the foremost melodic improvisors of his time, and easily one of the most talented soprano players too – and his early date as a leader shows both his forward looking involvement with the avant garde (he'd played with Cecil Taylor just before this date and does a couple of his compositions here) and a career-long fascination with Thelonious Monk. Although the group here is piano-less – with Charles Davis on baritone sax, John Ore on bass, and Roy Haynes on drums – there's a definite Monk-like edge to many of the numbers, carried off especially by the sharp turns in Lacy's horn! Titles include "Criss Cross", "Air", "Donna Lee", "Louise", "Played Twice", and "Introspection".  © 1996-2023, Dusty Groove, Inc.