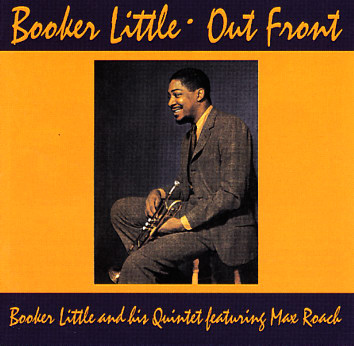 Supremely soulful modern jazz from the great Booker Little – one of his best albums ever as a leader, and a real standout moment amidst so many of the re-titled sessions that came out after his early death! The album's got a tremendous feel from the very first note – a furthering of the modernism that Little forged with Max Roach and Eric Dolphy – but stated more strongly in his own voice as a leader and composer – a bold jazz vision that makes us miss his talents even more strongly than before! The group here is the stuff of legends – with Dolphy on alto, bass clarinet, and flute – plus Don Friedman on piano, Julian Priester on trombone, Ron Carter or Art Davis on bass, and Max Roach on drums, tympani, and vibes! Titles are all original compositions by Little – and include "We Speak", "Strength & Sanity", "Quiet, Please", "Hazy Hues", and "Moods In Free Time".  © 1996-2023, Dusty Groove, Inc.