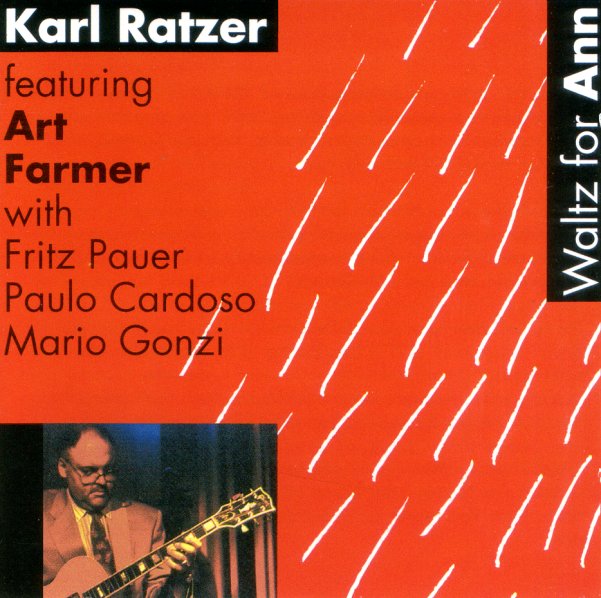 Guitarist Karl Ratzer is great enough on his own here – but he's also joined by the flugelhorn of Art Farmer on three wonderful tracks – all of which offer up a wonderfully fresh setting for Farmer! The core group has older MPS legend Fritz Pauer on piano, with Paulo Cardoso on bass and Marlo Gonzi on drums – and Karl Ratzer has a nice edge in his strings at times – an ability to play with a swing, but also have these sharper tones too – maybe a bit like older Jimmy Raney when he really wanted to sharpen his edge, a quality that seems to inspire Farmer's performance too. Art's on the tracks "Waltz For Ann", "Sageways", and "Small Talk" – and other tracks include "Infant Search", "Hands & Feet", "For Martin", "Karl Call", and "What I Think Of You".  © 1996-2023, Dusty Groove, Inc.