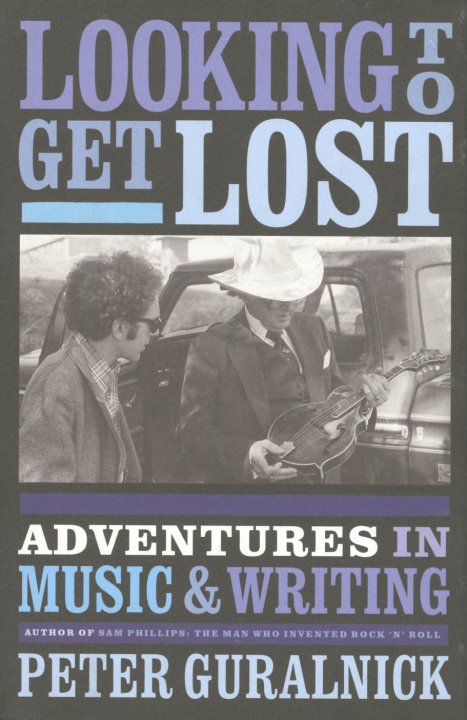 Looking To Get Lost – Adventures In Music & Writing (hardcover)

Peter Guralnick has written some mighty big, career-defining books on key figures in music – but from the start, we've always loved his shorter pieces the best – the kind of work we first fell in love with in books like Sweet Soul Music and Lost Highway! And if you dig his shorter pieces, there's plenty of those here – really wonderful essays on artists in a variety of genres – penned by one of the few figures who can balance an understanding of their music with a mixture of historical detail and unabashed fandom! Guralnick's writing has gotten better and better over the years – and it's great to have it focused back on his roots – in chapters that focus on artists who include Solomon Burke, Jerry Lee Lewis, Ray Charles, Merle Haggard, Allen Toussaint, Howlin Wolf, Tammy Wynette, and even the great country trucker Dick Curless! Hardcover book is 554 pages, with black and white illustrations throughout.  © 1996-2023, Dusty Groove, Inc.
(Spine has a small remainder mark.)