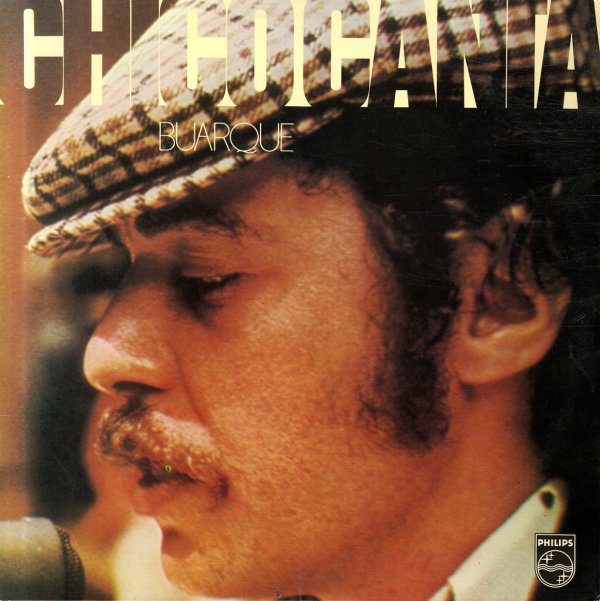 What a dream! The work of Chico Buarque is arranged by Edu Lobo – and the sound is fantastic! We've always loved Chico's songwriting from this period – but it's made even better by Edu, who's working here in a sharp jazzy mode, similar to that which he used on his Missa Breve album from 1972. Arrangements are big and baroque, and the approach to the material opens things up a lot more than usual – especially from Chico's late 60s albums that are more in a "singer with orchestra mode". All tracks feature music by Ruy Guerra, whose style works very well with Lobo's sound – and Chico has a sweet edge in his voice that pushes things even further. Titles include "Prologo", "Barbara", "Ana De Amsterdam", "Fado Tropical", "Fortaleza", "Cobra De Vidro", "Nao Existe Pecado Ao Sul Do Equador/Boi Voador Nao Pode", and "Tatuagem".  © 1996-2023, Dusty Groove, Inc.
(Early 90s Brazilian pressing. Still sealed – shrink is split on the bottom and has two store stickers on the back.)

O Sambista
Mercury/Universal (Brazil), 1970s/1980s. Used
CD...$11.99
A wonderful collection of work by the great Chico Buarque – one that focuses on his warmer samba tunes from the 70s and 80s, all of them a perfect showcase for his great vocals. The set's very well done – Titles include "Desalento", "Pelas Tabelas", "Homenagem ... CD

Tropicalia 2
Philips (Brazil), 1993. Used
CD...$3.99
Well, it's not the 60s anymore – but this is still a wonderful album that reunites Caetano Veloso and Gilberto Gil in the spirit of their Tropicalia years – done in a style that shows that creative invention was still alive in MPB during the 90s! There's echoes here of modes to come by ... CD

Show Elis e Miele
Philips (Brazil), 1970. Used
CD...$14.99
Great stuff! In a manner that's similar to (but better than) her live albums with Jair Rodriguez, Elis performs here in a great live show with the nutty Miele. The backing is by the Elis 5, led by Roberto Menescal, and they have a great groove that supports the material very nicely. Plus, the ... CD

Forca Bruta
Philips/Universal (Japan), 1970. Used
CD...$11.99
A fantastically soulful album from Jorge Ben – one of his greatest records ever, and a key part of Brazilian music in the 70s! The album marks an earthier shift for Jorge – a sound that's still rooted in the samba influences of the 60s, but which also takes on a bit more soul at the ... CD

Elis Como e Porque
Philips (Brazil), 1969. Used
CD...$9.99
One of our favorite albums ever from the incredible Elis Regina – a record that really has her hitting new levels in her style – moving past simple bossa into a realm of music that's all her own! The backings are arranged by Roberto Menescal, who also moves into some great new ... CD

Braziliana
Philips/Verve, 1965. Used
CD...$11.99
Very groovy bossa tracks – very much in the mode of some of the Verve hit recordings of the mid 60s! After the success of the Astrud Gilberto/Joao Gilberto work with Stan Getz, it's clear that Philips and Luiz Bonfa wanted to get in on the act – and they've paired Bonfa's guitar with ... CD

Jorge Ben (1969)
Philips/Elemental (Spain), 1969. Used
CD...$8.99
A samba soul masterpiece from Jorge Ben – one of the most brilliant records to come out the fertile late 60s Brazilian scene – and an incredible album that works with the psychedelic flourishes of Ben's contemporaries and a deeper undercurrent of soul & funk! This is one of the ... CD

Dance Moderno (Japanese pressing)
Philips (Japan), 1959. Used
CD...$9.99
The fab first album by Sergio Mendes – very different than his later work! Sergio's more in a straight bossa mode here – playing with a tight little combo that features saxophone and trombone next to his own firey work on piano – tight and jazzy, and even with a few traces of US ... CD