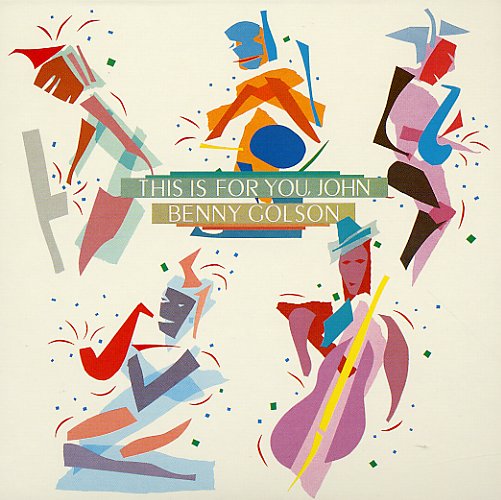 This Is For You John (180 gram green vinyl pressing)

A lost treasure from tenorist Benny Golson – and one of his most noteworthy records since the early days! The "John" in the title is Coltrane – and the set's got a sweeping spiritual groove that's quite different from much of Golson's other work, and which shows that he's never stopped growing as a player. Benny's in the frontline with Pharoah Sanders on a second tenor – and the pair solo beautifully with very sympathetic rhythm backing from Cedar Walton on piano, Ron Carter on bass, and Jack DeJohnette on drums! Golson's tone is an advanced version of that raspy edge he was using during the late 50s – put to great use here in a spiritual jazz kind of vein – on titles that include "Times Past", "Page 12", "Vilia", "Change of Heart", and "Origin".  © 1996-2023, Dusty Groove, Inc.
(Individually numbered limited edition pressing of 1000 – on heavyweight green vinyl!)