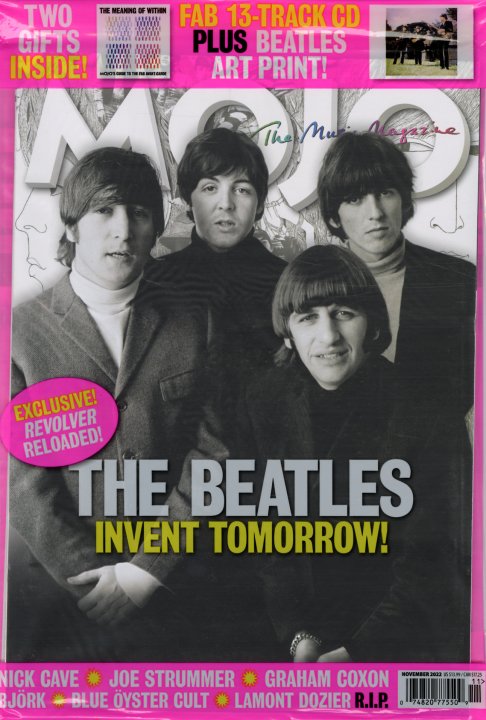 Mojo takes a bit look at the expanded version of Revolver – the new take on the Beatles' classic, with lots of bonus material – served up here alongside a loving look back at the great Lamont Dozier – and more features on Nick Cave, Bjork, Graham Coxon, Joe Strummer, and Blue Oyster Cult! And as usual, there's a huge amount of reviews and other news in the issue – plus a bonus CD that offers Mojo's Guide To The Avant Garde artists who influenced The Beatles, as well as a bonus Beatles art print too!  © 1996-2023, Dusty Groove, Inc.