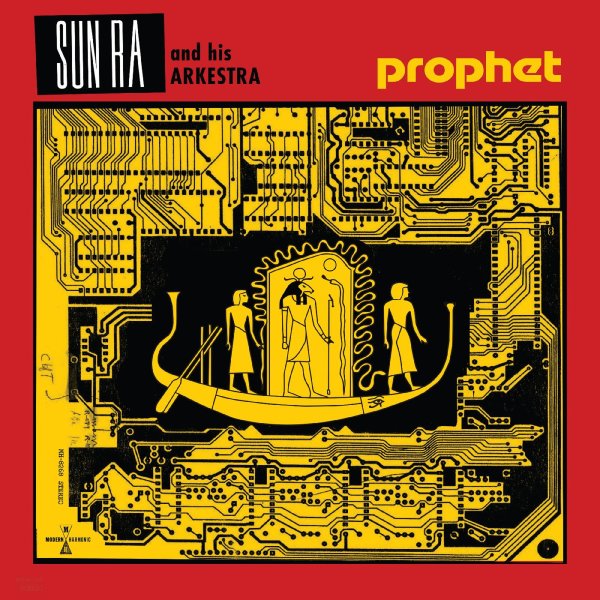 The legendary Sun Ra is certainly a prophet in jazz – but here, the word has a different meaning – as it refers to the Prophet VS keyboard, which Ra used for the first time in this mid 80s recording! Sun Ra is no stranger to electronics – he was coming up with all sorts of weird and spacey sounds even before synthesizer equipment was easy for most musicians to use – yet here, he really makes some special sounds with the Prophet, handling the keyboards in ways that are far more exploratory, and maybe far more "human" than many other musicians at the time! The setting for these experiments is a studio in Massachusetts – and Ra is accompanied by key players who include Marshall Allen on alto, John Gilmore on tenor, Danny Ray Thompson on baritone, and James Jackson on the Ancient Egyptian Infinity Lighting & Thunder drum. June Tyson sings just a bit on the record – and titles include "The Prophet", "Infinity Excursion", "The Prophet At Play", and "The Prophet Returns".  © 1996-2023, Dusty Groove, Inc.