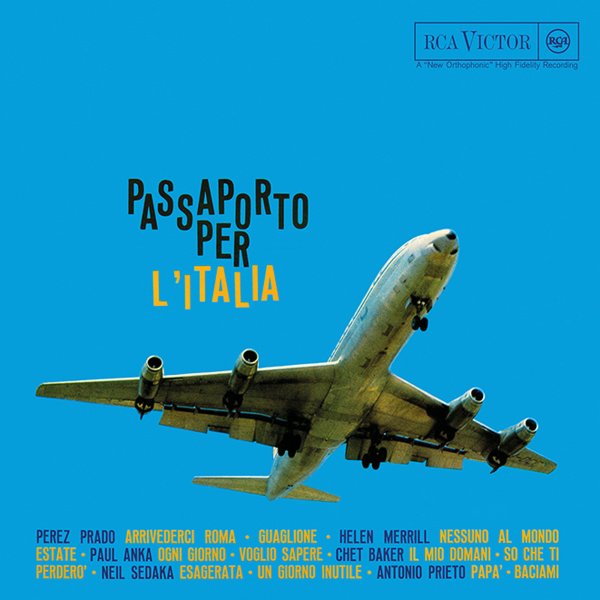 Also available
Chet Baker, Helen Merrill, & Others — Passaporto Per L'Italia ... CD 18.99
A very cool album from the Italian branch of RCA Records – and a set that features a host of artists from other nations who briefly stopped over in Italy, and recorded some of these gems for the label! There's a core energy to the set, which balances contributions from a few key artists, mostly from America – and for jazz fans alone, the set is noteworthy for two tracks that have trumpeter Chet Baker blowing with orchestrations from a young Ennio Morricone – "So Che Ti Perdero" and "Il Mio Domani"! And there's plenty of other great bits too – singer Helen Merrill working with maestro Armando Trovajoli on "Nessuno Al Mondo" and "Estate" – plus Perez Prado on "Guaglione" and "Arrivederci Roma", Antonio Prieto on "Papa" and "Baciami", and even some very cool cuts from young poppers Paul Anka and Neil Sedaka.  © 1996-2023, Dusty Groove, Inc.