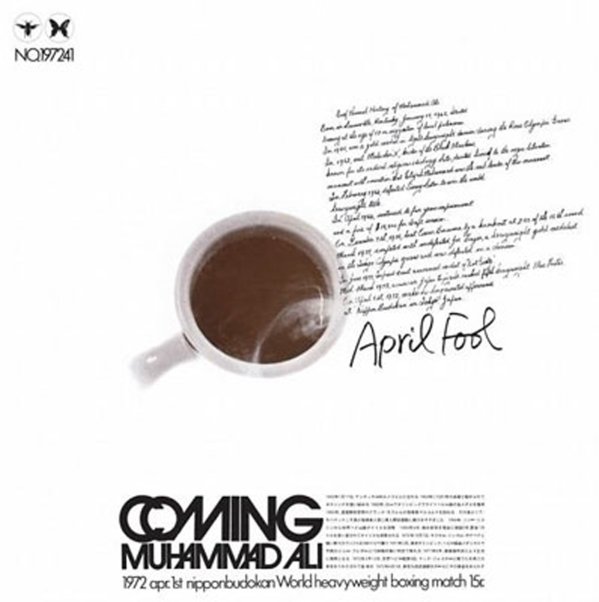 Also available
Yosuke Yamashita with Muhammad Ali — April Fool – Coming Muhammad Ali ... LP 39.99
An incredible album, and an incredible cultural moment as well – as Japanese avant piano legend Yosuke Yamashita pays tribute to the great Muhammad Ali – on the occasion of his visit to Japan for the World Heavyweight match in 1972! Half the record features instrumental selections with a blistering intensity – Yamashita moving at a mindblowing clip on the piano, at a level that's right up there with the best Cecil Taylor work at the time – completely unbridled, and driven onwards by the equally incredible work on drums from Takeo Moriyama! Reedman Seiichi Nakamura is also part of the trio – blowing amazing tenor and soprano lines that are in their own territory apart from the piano, but equally intense too. Other tracks on the record actually feature Ali himself – some selections from a press conference, some in the ring, and some with that unabashed pride and confidence that made him such a unique cultural figure in the 70s! Wonderful throughout – and a completely unique record from a completely unique moment.  © 1996-2023, Dusty Groove, Inc.

Blues For K
Somethin Cool (Japan), 2022. New Copy
CD...$29.99
Pianist Tsuyoshi Yamamoto gave us some sublime records in the 70s on the Three Blind Mice label from Japan – and he really continues the spirit of those records here, on a set of tracks that demonstrate that, if anything, his sense of space and timing have gotten even more amazing as the ... CD