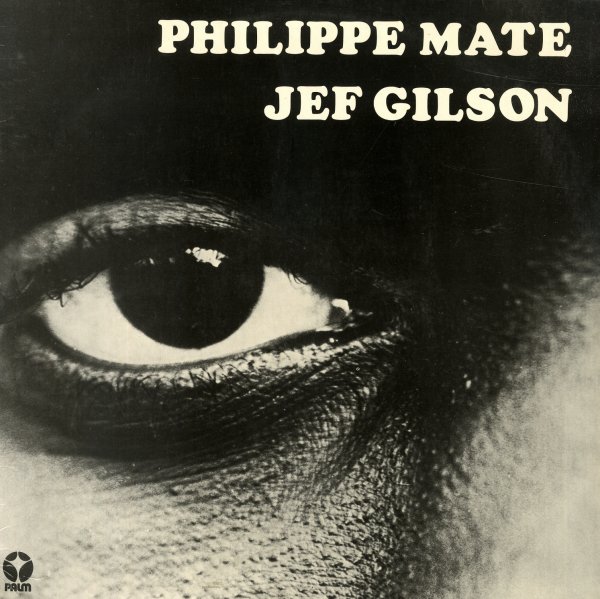 A really freewheeling set of improvised jazz from the French scene of the 70s – and a record that's a bit different than some of the more structured material that was usually issued on the Palm label, and maybe a bit more like some of the famous 1969 sessions on the BYG/Actuel imprint! The group's co-led by alto saxophonist Philippe Mate and pianist Jef Gilson – the latter of whom moves from acoustic keys to play electric piano, organ, and some very cool ondioline – an instrument that creates a very spooky sound at parts! Pierre Moret provides additional electric piano and organ, and the group also features Maurice Bouhana on flute and drums, Bruno Di Gioia on cor and percussion, Elie Dos Reis on percussion, Didier Levallet on bass, and Jean-Claude Pourtier on drums – a lineup who work together with unbridled power throughout! Given the amount of percussion on the set, there's some great earthy tones on the bottom – and the set features two side-long improvisations, titled "L'Oeil" and "Vision".  © 1996-2023, Dusty Groove, Inc.

Piano Dazibao No 2
Futura/Souffle Continu (France), 1971. New Copy (reissue)
LP...$29.99 32.99
A stunning second set of solo piano work from Francois Tusques – in a setting that we like even more than some of his more bombastic group material! Here, Tusques is almost a completely different player – freely improvising, but at a very sensitive level too – in a way that's ... LP, Vinyl record album